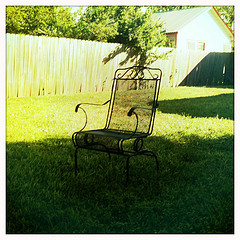 I talk with the press frequently. They thankfully whack down my ramblings into concise quotes. For those who prefer to see more, here’s a new category of posts: Press Pass.

I IM’ed with IDG’s Chris Kanaracus about HP hiring Léo Apotheker for CEO. Here’s what I said:

I’m loath to theorize on executive hires like this, but here’s the obvious stuff:

All of that said, hindsight criticism of SAP is fraught with problems for us Yankees. I’ve followed SAP for several years now, and I don’t totally understand the different incumbent power brokers, German labor unions, and other stuff that doesn’t exist for American based technology companies. Like most elder technology companies, SAP is an organism all of it’s own beyond the complete control of any one individual.

Looking at HP: most everyone I talk to agrees that HP needs to get their software act together. While they have great assets (as one example, most every QA department uses HP testing software, another example: OpsWare, or whatever they call it now), there isn’t a sense of a unified software strategy like you have with, say, IBM.

And, thus, Leo being “a software guy,” you’d hope he’d pay more attention to that than “a hardware guy.” Having a good software portfolio helps drive so much else – be it hardware, services, etc.

And then the speculation of HP buying SAP…