This post @ Computerworld about Microsoft’s coming heart-attack moment prompted me to resuscitate an old post from my personal blog. We’ve long forgotten all the pain inflicting on us by Vista (really? can we ever forget?), but the Bill Gates letter revealed below is very telling – about the future of Microsoft. 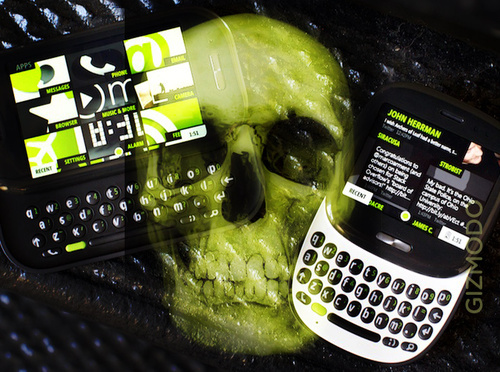 Over a year ago Paul Graham caused quite some uproar calling Microsoft Dead. Unlike in the 90′s, none of his startup Founders fear (or even respect) Microsoft. They have their eyes on Google and other startups – so Microsoft must be dead. Cash-rich, wildly successful – just not a future force to reckon with.

Today I read evidence that Paul Graham is right. Todd Bishop produced a Bill Gates email from 2003, in which the Microsoft CEO complains about his own systems usability (or lack of).

I am quite disappointed at how Windows Usability has been going backwards and the program management groups don’t drive usability issues.

Let me give you my experience from yesterday.

I decided to download (Moviemaker) and buy the Digital Plus pack … so I went to Microsoft.com.

This site is so slow it is unusable.

Someone decided to trash the one part of Windows that was usable? The file system is no longer usable. The registry is not usable. This program listing was one sane place but now it is all crapped up.

So after more than an hour of craziness and making my programs list garbage and being scared and seeing that Microsoft.com is a terrible website I haven’t run Moviemaker and I haven’t got the plus package.

The lack of attention to usability represented by these experiences blows my mind. I thought we had reached a low with Windows Network places or the messages I get when I try to use 802.11

I tried to selectively quote from this email, but it’s impossible. This email is a goldmine, you have to read it in its entirety.

It sounds like John Doe Windows User spilling out all his frustration with a useless, unfriendly system. Or like me, ranting about Vista. Which brings me to my point: although we’re blinded by the sales success, a result of monopoly, nothing changes the fact that Vista is widely considered a fiasco. If this is the best the world’s richest company could come up with 5 years after the CEO’s angry rant – well, that speaks for itself. Microsoft is dead. Rich, powerful, but without a future. A Walking Dead.

(And now you can call me crazy.)

Update (6/25): Jeff Nolan feels sorry for Citizen Bill: Of course he’s right about the usability… too bad he can’t switch to a Mac.

Phil Wainewright is wondering whether Gates is “a secret cloud convert, or have I been drinking too much of my own Kool-Aid again?”

Michael Krigsman points to this PDF which shows some of the follow-up email correspondence – you’d think after the CEO /Chairman rants so explicitely, they rush to find a solution. Instead, what we find is fingerpointing, politics, total corporate inertia. That’s what kills (formerly great) organizations.

3 responses to “Microsoft, the Walking Dead”