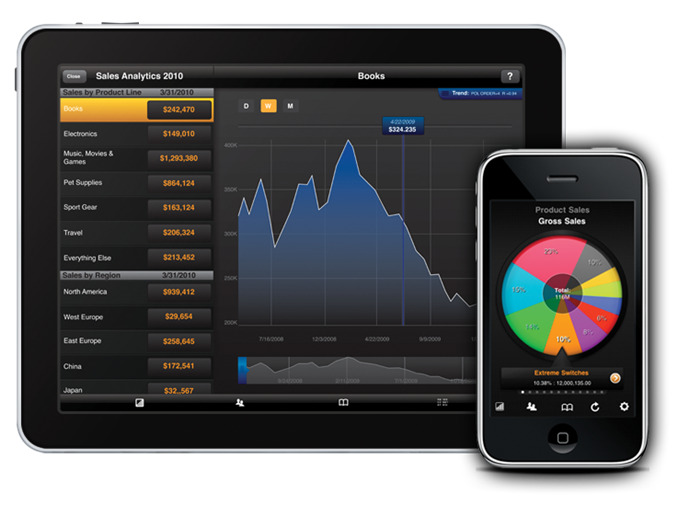 There’s a revolution taking place in the IT ecosystem today. When more and more focus is put on innovation, its evolution, growth and in managing innovation while looking through what conventional collaborative mechanism in fusion with powerful mechanisms like internet enabled collaboration could help achieve –all these point to a world of immense possibilities. With a dominant number of internet users poised to take a dip in the virtual world, the virtual world could become more and more real!! Ten years back it is told that less than 3% of U.S. households had access to broadband. Today, it is estimated that nearly 90% of U.S. households have access to broadband.

Apple and the high tech semicon industry can vouch for the pull from the consumer segment – for both of them, consumer segment happens to be the largest consuming class!
Let’s look at the numbers : Morgan Stanley data tells us there are more than 1.2 billion consumers with Internet access, 700 million consumers with their own PCs, and 2 billion consumers with mobile phones, of which more than 400 million users have access to the internet through 3G connections. 1 billion users around the world access the internet through wi-fi connections. Let’s look at what customers do with these devices. Obviously, around the world, they use these devices to send billions and trillions of emails and text messages

-600 + million customers watch videos or YouTube or listen to music on the Web – most of them download music, video etc.

Of those 1–2 billion consumers using mobile phones, computers, and the Internet, 300 million people work inside enterprises. End of last year, the estimated number of connected devices at 6 billion devices on the planet — growing to 7 billion this year. These devices include camera phones, computers, , digital cameras, GPS devices , mobile devices, printers, smart phones, Internet phones, MP3 players, games, PC cameras, surveillance cameras, sensing devices and many other types of gadgets, gizmos, and chip-powered devices. Interestingly, amongst the population of connected devices, it can be seen that four out of five of these devices were not computers (either PCs or servers). Atleast, half of these devices are of the consumer electronics genre. The projections show that over the next three years, this category will double in size, growing much faster outpacing the growth of the traditional computer system.

This large group of consumers works with a huge swath of connected devices and wants similar access and experience of the applications and access mechanisms inside enterprises. They are getting used to accessing all information at near zero latency levels. The connected world may not respect the boundaries of enterprise and consumer in terms of experience and access – granted the security and audit mechanisms could be different between these two worlds. This expectation is creating a huge pressure on enterprise IT organizations to harmonize and integrate consumer-oriented devices and applications. Most of the young people joining the workforce have become quite accustomed to the experience that the world of mobile, social networking and connected devices . Clearly this expectation would keep increasing with time as more and younger workforce joins the enterprise.

Just like enterprises began to come under pressure to webify their enterprise(s) in the start of this decade, we see that the consumer driven revolution centering around connected devices are creating a new wave of pressure on enterprises to make their systems and processes ready for the connected devices. The Smartphones, Superphones, iPads, Social Networks get used /consumed quite extensively across the enterprise and at home – to stay informed, connected and productive in their professional as well as their personal lives. Add to that the changing usage demands of an always-on environment with anytime/anywhere access – this fundamentally changes the nature of support and service requirements.
The wave of change is indeed very powerful. New real-time cloud applications, platforms, and infrastructure offer the path to redefine the future of collaboration. The challenge before enterprise IT is to marry this phenomenon to business. We need to transform the business conversation the same way Facebook has changed the consumer conversation. If we look at the real world, Market shifts happen in real time, deals are won and lost in real time, and data changes in real time. Yet, all of us know that inside the enterprise, the software used to run is anything but real time. This forces enterprises to look for tools that work smarter, make better use of new technology (like the mobile devices in everyone’s hands), and fully leverage the opportunities of the Internet.

This “Consumer-Powered IT” trend is having a prolific effect inside enterprise IT. They are clearly changing the rules of the game in respect of the IT support models. It’s a powerful new way to work that will transform organizations over the next three to five years . Against this background, if we were to assess the readiness of most of the enterprises, we find that a majority of enterprises woefully unprepared to leverage this huge impactful opportunities. Such opportunities would revolve around improving productivity, improving the efficiencies of operation, making organizations more innovative etc..
The interesting thing here is change and transformation is happening bottoms up here – so we will see employees not waiting for things to change but their own expectations and expertise, becomes the change that enterprise IT needs to have to realize the potential of this changing nature of connectedness. The security risks, management issues, and policy and governance implications that arise from mass introduction of consumer devices and applications into the enterprise becomes a concern for enterprise IT to handle on their own. One of the things that internet did to traditional business is the deflationary effect it brought on them. Similarly the connected devices and social networks are going to bring in an unusually high degree of delayering within organizations so much so what appeared to be very sophisticated and confined to certain class of users may become very common and accessible to all those who seek them.

This means enterprises need to worry about new scale, different levels of security, reliability to support the new order of things. This means putting in place a new model of information and infrastructure governance, deployment, training, support – needless to say all these need to be reframed inside the enterprise. The IT environments need to be upgraded to provide for very high transaction workloads, security infrastructure needs to be retuned and app experiences need to be completely rehauled to provide a consumer feel for look and usage.

We have been waiting for the moment when transformative disruptions of this nature and scale happen. Learning organizations always had a charter to capture the latent knowledge that reside within people, process and systems, Existing technologies and methods could provide a lending hand to capture that vision in a limited way. People across the ranks inside organization can now participate in such transformation efforts quite easily and this could become the bedrock of new forms of collaboration leading to innovation and productivity improvements. Ironically this is mostly facilitated by advances in technology and communications and those responsible for technology management need to be ready to make this transformation possible inside their enterprises.

Too often, inside enterprises, IT today is seen as the dampener towards embracing change at a mega-scale. IT organizations have an urgent need to transform themselves to keep pace with the change and become more relevant and stay aligned with business to leverage the opportunities that revolve around improving productivity, improving the efficiencies of operation, making organizations more innovative etc.. This also becomes a major force towards attracting talent. The clarion call here is for the enterprises to adopt to this change and create a new basis of competing – to distinguish from competition and create a leading distance from others through good plans, design and practice.