Google, the Wisdom of Crowds and Conventional Wisdom

I’ve been thinking a lot lately about crowdsourcing and whether or not the benefits suggested by proponents are overstated. It’s not that crowdsourcing doesn’t have value, the problem I have with it when applied to generalized questions is that the result often mirrors the conventional wisdom on any given subject. It’s not surprising, we are informed by the information environment that we reside in and with the diversity of media the leads to an ability to self-select information to reinforce previously held beliefs.

History is replete with spectacular examples of conventional wisdom that turned out to be very wrong and I’m not talking simply about long ago examples like Galileo’s challenge in convincing people the earth was not the center of the universe; anyone who watches Mad Men will know that in the 1960s the conventional wisdom was that smoking was not harmful (interestingly enough, even among doctors). 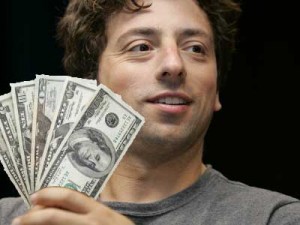 Today came the perfect example to highlight with regard to conventional wisdom, and from an unlikely place… Google. One of my Enterprise Irregular colleagues points out the supposed absurdity of Google attempting to call growth in display and mobile advertising an example of success in diversifying their business.

Let’s put aside whether or not this is actually diversification (for the record, I believe it is) and consider the criticism that Google receives for not being diversified. More pointedly, why do they need to diversify? They dominate a very large and sustainable marketplace and invest accordingly to remain on the forward edge of the technology curve, advertisers and users alike seem pretty happy with them, and most significantly, they are generating a massive amount of free cash (I’m tempted to say more than any other public company at this point but I’m not sure how financial companies stack up by comparison).

Why diversify if you can claim all those attributes? The answer is conventional wisdom has it that successful companies exist outside of the realm of a single industry or single product focus. This view is very industrial era, when car companies diversified into heavy trucks and chemical companies added plastics to their product portfolio, but it has also been used by some of histories best known technology companies to justify their expansion investments… Microsoft in gaming comes to mind immediately.

I am pretty comfortable with the idea that it isn’t essential to diversify if your market is large and growing at a rate well above the market as an average, and your economics and dominant market position are sustainable. Why would you risk the distraction?

One response to “Google, the Wisdom of Crowds and Conventional Wisdom”