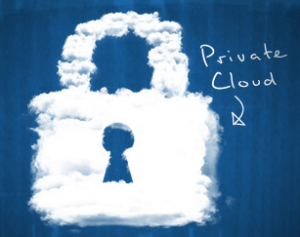 I talk with the press frequently. They thankfully whack down my ramblings into concise quotes. For those who prefer to see more, I try to dump publish slightly polished up conversations I have with press into this new category of posts: Press Pass.

SAP made several announcement around virtualization, private cloud, and in-memory analytics today, during SAP TechEd. I spoke with a couple reporters on the topic, mostly sorting out “what it all means.”

Here’s a conversation I had with Chris Kanaracus around his story this afternoon covering announcements around “a new solution designed to manage SAP system landscapes in data centers using modern virtual infrastructure and clouds.”

SAP announced the start of a project to, as I understand it, make their applications run better on highly virtualized environments, or “private clouds.” (“Private cloud” has all but consumed “virtualization” for the most part at the moment, so it’s marginally safe to use those concept interchangeably at this high of a level.) Along with that re-working/optimizing, they have some additional management software targeted at that type of deployment.

I don’t have any figures or data, but the obvious question to ask is how many SAP installs are already running on such environments, highly virtualized ones if not “private clouds.” I’d guess from SAP starting this project, not many.VMware had some nice numbers around the types of applications running on their stack about a month ago, covered by Jon Brodkin recently: Exchange and SQL Server topped the list (see Bob Warfield’s SaaS-y take), while only 18% had virtualized SAP applications

Why would SAP do it’s own management software instead of having partners just do it? Well, most application companies like to bundle their own management tools – Oracle does, for example [hello William!]. Esp. for when it comes to things like installation, provisioning, and configuring things within the application, not just the infrastructure supporting it. Not knowing exactly what the “landscape management solution” would do, it’s tough to say. But, in theory if an application as beefy as SAP applications are was running on-top of a “private cloud” (or a “highly virtualized environment”) there would be a lot of application-level management needed beyond the usual event management, green-light red-light monitoring, and service request management. Indeed, the announcement lists functionality such as:

[S]ystem clone and copy framework, automated capacity management, SAP landscape visibility in all layers, and capabilities intended to help simplify the provisioning and management of SAP systems in virtual and cloud infrastructures.

Those are all things you’d worry about when running and application in a highly virtualized (or “private cloud” environment). Much of it has to do with automated otherwise manual tasks – like on-boarding new users and services, and allocating the infrastructure for it, etc. For example, in the retail space, if a new store popped up, you’d have to do provisioning within various SAP systems to setup new employees, track inventory, etc. In the utopic cloud world, much of that would be self-service automated with “private cloud” voodoo. Like setting up a Google Apps corporate instance, or a Salesforce.com account.

They say it’ll take a year, sound right? – For sure – re-architecting something as big as SAP applications to run on some whacky new environment like “private cloud” (which has about as many definitions as “pudding” does in the English language) takes a long time. And then there’s all the supporting tools, training materials, putting together SI engagement plans, and the marketing to prove to people that you should put in the time and money to switch.

How about the partners mentioned, and what about OpenStack? – I’d expect SAP to just partner with big name companies like Cisco, EMC, VMware – the whole UCS gang [in the announcement below, IBM is a big partner around analytics]. If a company came along …