I’ve been sitting in a user panel taking place at the SIIA OnDemand Europe conference in London, and greatly enjoying the sentiments expressed by two customers of Plex Systems. The Michigan-based company’s SaaS ERP system for manufacturers is less well known than those of competitors from Silicon Valley, but it’s got a strong track record, as you can hear in this podcast interview I recorded with CEO Mark Symonds earlier this year.

There was a refreshing frankness in the air as these end user executives ‘fessed up that cloud ERP was more reliable, more secure and less risky than the on-premise alternatives. Anyone reading this blog will have heard me saying these things before, but it makes quite a change to hear it direct from the mouths of real-world business executives.

Hubert Gassner, CFO of Invensys Controls, a publicly quoted manufacturer of control equipment, flatly stated that the service levels available from a cloud provider were clearly superior than what could be achieved with in-house systems. Cloud computing meant his company could stop worrying about technology operations and instead focus on its core business. 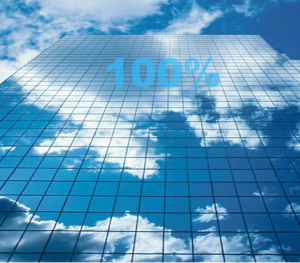 “We will be 100% cloud within 18 months,” he revealed. “I don’t want to be keeping the lights on. We make widgets. It’s about innovation in the widgets space … it’s about logistics, it’s about information on what’s going on in your business, real-time. It’s about staying competitive, and about business risk mitigation and risk management.”

Saugatuck Technology CEO and leading SaaS analyst Bill McNee, who was moderating the panel, drilled into what Gassner meant by risk mitigation. It turns out he wasn’t talking about the risks of cloud failure, as you might have thought. Instead he was looking forward to being in a better position to respond to business challenges â mitigating business risk â because of the real-time information that a cloud application provides.

There were new risks to take into account, he admitted. For example, as a publicly quoted company, he had to be aware of the new risk of insider trading by employees of the cloud provider having access to his company’s data. But this was simply a new risk to be aware of and to manage, rather than a showstopper.

In any case, added Ben Stewart, commercial IT manager of Inteva Products, the notion that on-premise systems aren’t exposed to outsiders is something of a myth. When his company started looking at the use of cloud providers, his team quickly realized they were already relying on third parties in their on-premise infrastructure. They were already hosting their servers at a data center in Canada and using two third-party outsourcers to manage their applications â with some staff involved based in India. “So having it hosted by Plex down the road in Michigan,” he concluded, “was actually exposing it to fewer hands.”

One response to “End users explode cloud myths at #ODE10”