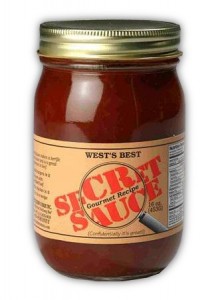 A lot of information is coming together this quarter that begins to put new spin on Social CRM.  While we’ve all been busy getting networked in our personal lives and professionally, a huge mountain of data has been accumulating that will make our work in social technology more valuable.

Last week Harvard Business Review released a report sponsored by SAS Institute which shows that while many enterprises are well on their way in adopting various social technologies for business use, the number that also are deploying analytics lags.  I know of at least two other reports that will contribute similar information when they arrive on the scene too.

This disparity between data accumulation and data analytis is temporary because as an organization accumulates customer data without basic analytics most of the data is useless.  If you want to know who your best customers are, it’s relatively easy to get a report that says who bought the most in the shortest period of time.  But with analytics you can also delve into the data to ask questions of the why and why not types and there life gets interesting.

Asking why can often uncover alternatives, things that were or were not done and to examine the root causes.  In finding those causes you can uncover new opportunities, revenue that is there for the taking because you know where and how to look.

Last week in Las Vegas I listened to many smart people from big companies discussing how they used SAS Analytics to gauge customer sentiment, run marketing campaigns and manage the conversations they have with customers.  I learned about millions of found dollars brought to the bottom line because analytics were able to make sense of the data thrown off by each customer transaction.

Now, granted, in a billion dollar company a few million bucks may not seem significant but it’s the easiest money you can make.  There’s nothing to invent, market or sell to get the revenue, it simply comes from doing a job better.  Also, if you happen to be lucky enough to own the P&L for a department using analytics, your growth goal in a challenging economy might look a lot easier to attain with analytics.

Consider the above as playing offense, analytics help with defense too.  According to the Harvard study, most companies don’t know what their customers are saying about them or where (Facebook, Twitter, blogs etc.) they are saying it.  Even my crude research a few weeks ago into using search engines to discover how many customers dislike their vendors, indicates a certain lack of intelligence about the outside world.  If hundreds of thousands of my customers were angry enough to write blogs about my company, I would want to know who they were, but most vendors aren’t at the level of having the appropriate tools yet.

Using analytics to digest customer sentiment and make the data actionable is another way that a company, through reputation management, can potentially earn more on the work it does thus taking some pressure off growth objectives.

So for these and other reasons, social media is building the case for a virtuous relationship between analytics and the data that social media generates.  As a result I see plenty of reasons that analytics will continue to shed its outdated reputation as a technology that is only used by an elite few in an organization.  The big data sets involved also make a strong case for web based analytics processing to help defray the hardware costs, at least for some vendors.

Embedding analytics in the applications and processes—especially those governed by social media—that deal with customers and capture their data will become more important over time.  That’s why it is inescapable to me that analytics will become the secret sauce of a well-run social media or social CRM implementation.  Isn’t there an old adage that says it’s not the data it’s what you do with it?  There should be.

One response to “Analytics Is the Social CRM Secret Sauce”