There’s more and more data being produced and made available in the world today from a variety of sources, some new, some old. That drives demand for analytics capabilities so that people can derive some useful, actionable meaning from all that data — and the demand is too overwhelming for the broken, old model of having to wait for a developer to build the analytics and then have a specialist business analyst crunch the numbers. Every Tom, Dick and Harry wants the answers on a plate, and they want them now. The only way to serve that demand is to make it so easy to extract the data and run the analysis that everyone can self-serve.

Last week, I wrote about the trend towards business intelligence getting absorbed into everyday software applications so that users can have the data visualizations and reporting they need right there where they’re working. I cited SuccessFactors’ acquisition of YouCalc as one direction the wind is blowing. But I also promised to look at another cross-current, which in today’s post is illustrated by GoodData, an independent BI vendor that is offering to embed its dashboard into a range of SaaS applications, rather than being tied to a single one.

GoodData pulls data from applications using REST APIs (or it can be as simple as CSV uploads) and performs analysis on-demand using Amazon-hosted servers. Its Agile BI proposition aims to be as simple to implement as possible, with the ability to add complexity as requirements evolve: “To get started with GoodData, all you need is a username, password and some data to analyze. That’s less time than it takes to schedule a demo with the other guys. We believe that the faster you can answer the first question, the more likely you are to ask the second one.” 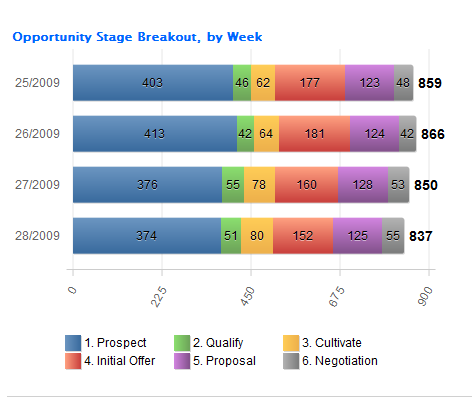