Is Enterprise 2.0 Dead, or Just Regenerating? 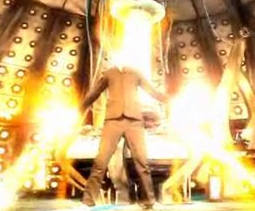 In the BBC’s long-running cult sci-fi series Dr Who, the titular character ‘regenerates’ into a new body once the old one becomes worn out or damaged. It’s a narrative sleight-of-hand that allows the show’s producers to refresh the character each time the actor playing the part decides to move on.

The computing industry plays a similar trick with buzzwords. Each time the underlying technology shifts (and often at other times in between), a fresh buzzword takes hold and is paraded out to market to justify a new tranche of customer spending. We’ve seen it with web services morphing into SOA morphing into WOA. ASP became SaaS and is now becoming cloud. Two-tier client-server went to n-tier, became web-enabled and is now a virtual stack in the cloud with an AJAX front-end. Only very occasionally does a once-hyped trend fail to regenerate and plummets off the peak of the Gartner hype cycle to sudden death.

Now Enterprise 2.0 is going through one of those stage-managed regenerations, as outlined in an entertaining write-up by Dennis Howlett of the fall-out arising from this week’s conference of the same name. If technology trends could be said to have apostles, then Howlett would be Enterprise 2.0’s doubting Thomas, always probing for solid evidence that the miraculous results claimed by proponents have been proven in real-world customer deployments.

Howlett discusses a spat between business consultant Martijn Linssen and the man who first defined Enterprise 2.0, Andrew McAfee. A blog post by Linssen argues that Enterprise 2.0 has been overtaken by a new meme called Social Business. McAfee’s riposte is that social business is an 80-year-old concept and what’s new is the emergence of a digital toolkit that’s a “quantum leap forward” on what was available before:

5 responses to “Is Enterprise 2.0 Dead, or Just Regenerating?”