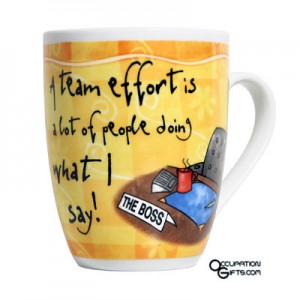 David Nour, the founder of Relationship Economics, publishes an interesting and articulate newsletter.  I don’t always agree with him but even when I don’t we aren’t that far apart.  His latest post on “Tomorrow’s Social CEO” is an example.

Nour correctly observes (and laments) that few of the current batch of corporate leaders is socially connected.  According to his post, “Eric Schmidt (Google) is an infrequent Twitterer and not a blogger; Steve Ballmer (Microsoft) does not blog or have a Twitter account; Michael Dell is on Twitter but is not an external blogger.  It is also remarkable that neither Steve Jobs (Apple) nor Larry Ellison (Oracle) have a Twitter, Facebook, LinkedIn or blog presence that we could find.”

My facile observation: Yes, and look where it’s gotten them.

Seriously, though, I agree that the executive of tomorrow will be much more of a social animal but as they say in court rooms from time to time, absence of proof is not proof of absence.  What I mean, and this is almost pure hypothesis, is that organizations are becoming more social but perhaps the right application hasn’t come along yet to enable a CEO to be more social in a professional setting.

To borrow a regrettable phrase, the CEO is the decider.  He or she spends the day making decisions for the organization so that it can continue on its mission of maximizing shareholder value and serving the customer.  Other people in the enterprise do the social work for the organization for a very obvious reason—doing it right requires capturing a mountain of data, analyzing it and only then taking action.  CEOs don’t have the time.

CEOs are great at analyzing data once it’s captured and presented to them.  I once knew a guy who could scan a balance sheet, no matter how complex, and in a matter of moments begin making cogent observations and recommendations.  He was murder on finding misspellings on a lunch menu too.

I think the blog might be the natural social medium for today’s CEO.  Since Reagan, even U.S. presidents have made weekly radio broadcasts—a social outreach, albeit one way—a standard part of the job.  My preference would be to change that to a weekly newspaper column though.  Written words are more accessible and longer lasting and enable you to elaborate a complex idea but that’s a subject for another time.

So, why aren’t CEO’s more social?  If it’s because the right social medium hasn’t come along yet, there’s good news on the horizon in the form of a new generation of collaboration software and I think of Chatter from salesforce.com as the example.  Though currently only available as a tool for filtering the social stream within an enterprise, I can see a day when that restriction is lifted.

A collaboration product like Chatter does the necessary work of filtering the social stream so that only what’s most important to the decider gets in front of him or her.  That makes socializing the CEO possible.

Eric Schmidt is on friendly terms with Marc Benioff, who is very much socially adept, and I don’t know if Schmidt has tried Chatter.  Michael Dell already has a Chatter deployment measured in the tens of thousands at Dell, which is a big Salesforce customer.  It’s hard to say if there’s a possibility of Steve Jobs adopting Chatter and, of course, Larry Ellison and Steve Ballmer will likely have their own brands of collaboration software before they’d use Salesforce.

So my mild disagreement with Nour is really one of timing.  Yes tomorrow’s CEO will need to be social and maybe collaboration software is the way they’ll get there.

4 responses to “The CEO is the Decider”