A Paean To Older Workers 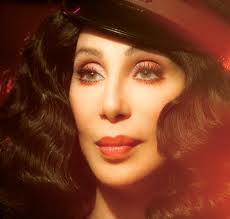 Should Our Role Model Be Cher?2010 MTV Video Music Awards 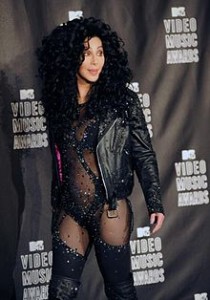 My paean to older workers, a twitterverse:

When does a worker become an older worker?  At a particular age?  when KSAOCs with half-lives have degraded to that point?  When they look old?

Am I an older worker?  I accept being a senior citizen when it comes with discounts, medical coverage, help putting my luggage in the overhead.

Am I an older worker?  I accept the need to adapt the physcial demands of my job (heavy travel, very long days) to my changing body.

Am I an older worker?  I embrace the knowledge/energy/ideas of much younger colleagues, learning as I go, and believe they do the same with me.

Am I an older worker?  I am as passionate today as when I started professional work in 1967 about the promise of IT for HRM, and passion counts.

Thank G-d my boss, who is also me, but even more so my clients, don’t give a farquar about my age.  They only care about the value I can add — tomorrow.

The only reasonable basis for HRM decisions about any worker are:  ability to contribute, actual results delivered, value of their KSAOCs, and similar.

The headshot photograph of Cher, who is almost a year younger than me, is a publicity still published everywhere for her latest movie, Burlescue, to be released later this month.  Her photo from the 2010 MTV Video Music Awards gives new meaning to the lyrics of her signature song, “If I Could Turn Back Time”

One response to “A Paean To Older Workers”