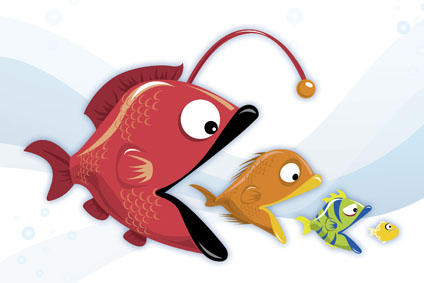 Earlier this morning, JDA announced it was, once again, buying supply chain rival i2 (the previous deal between the two ended up falling through). This around time, the terms of the deal are slightly richer, at least as The Wall Street Journal is reporting. JDA is now valuing the deal at a 26% premium compared to the first go around. According to The Journal, the $434.4 million deal “will create [a] global leader in helping corporate-supply chains,” or so the merging parties suggest. In the first arrangement, “A deal between the software companies fell apart in December as JDA needed more time to close a deal, then valued at $346 million.” But what does this deal mean for the Spend Management world? A few things I’d argue. .

Everything I wrote about the previously announced deal still holds true. Namely, that “For those who aren’t familiar with i2, the once high-flying supply chain management player had dabbled quite a bit in the Spend Management world as well, but never really seemed to get traction with its products. Even though I doubt that it’s JDA’s intent, they could absolutely now become a player in the source-to-pay world with some of i2’s old technology assets, should they chose to take them off the shelf and dust them off. Only time will tell if they go down this path, but stranger things have happened. For example, who would have thought that a niche player like JDA would end up gobbling up both Manugistics and i2 for literally a penny or two on the dollar compared with what they were once worth.”

Now granted, it’s much more likely that JDA will play a consolidator role in the supply chain world and focus on owning as much of the sector by concentrating on its core supply chain assets — versus extending these into procurement and sourcing — but I suspect that the underlying capabilities that i2 has in the Spend Management area will at least tempt JDA to consider some auxiliary opportunities to pursue. I also find it interesting that vendors and private equity firms are pursuing consolidation plays in different areas of the supply chain market. Consider that just as JDA bought Manugustics and is now buying i2, Marlin Equity has bough Xelus and Click (Servigistics) in the service parts arena (leaving only MCA and select others as independent providers). Moreover, it’s curious that the overall sector consolidator, Oracle, has stayed on the sidelines in supply chain. But perhaps they’ll decide to get more active when it comes to Spend Management deals.