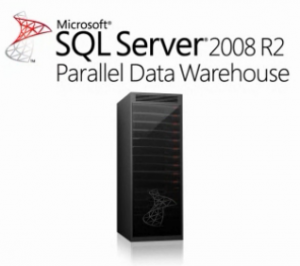 Microsoft chose a user group meeting, Professional Association for SQL Server (PASS), for the rollout of its long-awaited, and late, SQL Server 2008 R2 Parallel Data Warehouse (note, yet again, how foolish it is for vendors to trap themselves with dates in product names.)
PDW is late to market; there are other MPP DBMS players there already, and Microsoft is behind in functionality compared to some of them. Some of the most eagerly–awaited features are evidently not slated for the first release. It’s also far behind its originally planned ship date following the acquisition of DatAllegro in 2008.
Given the length of the delay and the fact that the planned hardware partners (Dell, IBM, Bull, HP, EMC) have been in play for a long time, it’s surprising and disappointing that Microsoft only announced one – HP – as available at the PASS event. The players’ inability to do a coordinated release highlights an unfortunate challenge Microsoft faces. It doesn’t own its platform, unlike its largest competitors, Oracle, IBM, and Teradata, so keeping reference architectures current and optimized will be challenge as its partners update their hardware. And Microsoft is taking on support for a complex enterprise product with multiple, varying hardware dependencies that it hopes to sell for strategic or even mission-critical uses. This is a new and challenging task.
At this point, it’s a bit difficult to assess Microsoft’s go to market story. Enterprise-targeted products usually have a clearly communicated one; typically vendors offer a specific discussion to analysts at briefing or launch events. Microsoft didn’t do so; they didn’t conduct an analyst event at PASS or elsewhere, or distribute a briefing on this topic (unlike the Dynamics team, which conducted an analyst day not long after that drove substantial comment.) Whether that is evidence of not having a well articulated plan, or simply of not communicating it well, is hard to say. But it isn’t a good sign of Microsoft’s understanding of influencer marketing in this space.
Nor is the fact that a week later, most of the available collateral material on the Microsoft web site precedes the announcement, sometimes by a year or more, and even a Bing search on “SQL Server PDW AND HP” brings up no detailed specifications or press releases. I was unable to find a data sheet or press release detailing it. The one press release I found has no specifications in it. A search on HP’s web site comes up empty too, though some links to SQL Server 2005 content came up.
Microsoft will no doubt get the engine rolling; I’ve had conversations with sales, technical and marketing people who are excited and knowledgeable. Hiring is taking place to flesh out the team, and the size of Microsoft’s base, its global reach, and its brand will carry it a long way. But basic marketing communications blocking and tackling is far behind. Somebody needs to notice that the game is on, and get out of the locker room and onto the field.

Disclosures: Microsoft is not a client of IT Market Strategy