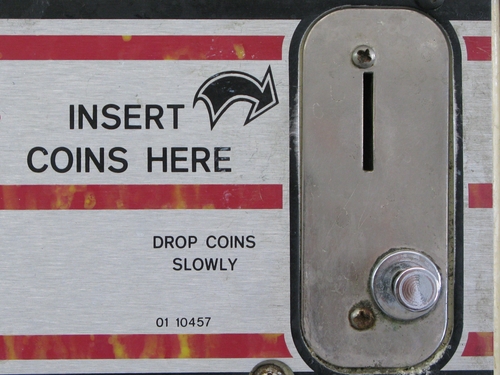 I was reading the reports of Rupert Murdock’s upcoming online “newspaper” product and it started a mental thread that I think I need to pull a bit. I guess calling it an online newspaper isn’t exactly correct, if reports are correct, it’s a tablet app based (initially an iPad based) newspaper. Apparently Murdock / News Corp is investing around $30M and a staff of around 100 to build a new business unit that will produce a daily newspaper that will mostly be released once a day (maybe a few updates during the day but it seems like it’s really a daily) for $.99 a week. Pulling from the better know ranks of traditional media Murdock has announced some well known hires including Sasha Frere-Jones, the music critic from The New Yorker; Steve Alperin, a TV producer; and Richard Johnson, formerly of Page Six. The app / Daily will incorporate a mix of media including video, but will focus on original content. The large elephant in the room though is will people pay for a daily app based newspaper?

This is not News Corp’s first foray into paid online content land, Murdock had a go at it in July of this year with two of his UK based properties, the Sunday Times and the Times of London. Both properties were moved behind a pay wall and based on the reported results, have been a miserable failure. These were “traditional” web sites though, and the new project is tablet app based, something that does provide a great user experience and has a history of selling paid apps so I suppose there is some chance of a more successful product.

Maybe it’s just me, but I’m not buying it (literally). I don’t get it, I think this approach is inherently flawed for several reasons. Now admittedly I don’t pay for news, I consume tons of free content online every day (it’s my job to stay informed) but as soon as the content moves behind a pay wall I look for another source. I did pay for a good RSS reader app on my iPad, but then I will pay for good software (too many years in the software business I guess). I think:

This concept is really a step back in time to pre-web business models. It doesn’t leverage the power of the web, it’s not social, you can’t link to it, you can’t share it, you can’t bookmark it, it’s not real time, you can’t…well, you get the point. Why do we keep making this mistake? Just moving some offline thing onto the web, while I get the intoxicating draw of it, does not make good and full use of the technology and is doomed to under whelm. I’ve seen this so many times, the company deludes itself into thinking that’s its’ content will be so compelling and unique that people will flock to it and in the process toss $$ to get access. Why would I pay for something that is less useful and lower value that the free news content I consume every day? To be successful Murdock needs 150K or so subscribers in the first year and that’s doesn’t include Apple’s cut of the revenue. Maybe advertisers will flock to it but if they can’t get the numbers that wouldn’t work either. I guess time will tell and maybe they’ll prove me wrong…but I doubt it.