"Business" is nothing but "Social Networks"

We have a plethora of hugely successful cloud based social networks, but why only fulfil banal social needs? Those way up in the Maslow pyramid kind of needs. Why stop there?

[This was inspired By @dahowlett’s post the other day so a thankful nod his way!]

What happens when people mingle, in Starbucks, on a plane, in a queue? We look around, see if we see something “interesting” which often is a clue to that person sitting next to you has some common interest. A book that leads to “hey, heard about that book, is it any good?”, a shiny new bike that you’ve been lusting for “veeeery nice, you happy with it?”.

That’s the mechanism of socialising with strangers, using what Hugh Mcleod and Jyri Engeström calls “Social Objects”, to initiate the process. And we’ve been at it for a long time, man dropping his well marked Porsche keys on the bar hoping to solicit some peer strokes. 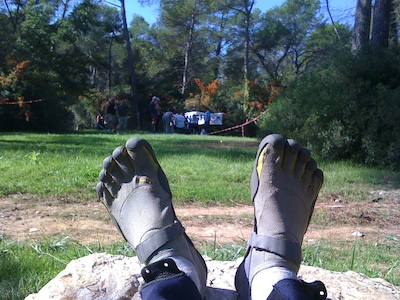 The second part of the equation is the interaction part, the easier the more fluent the socialising happens. Obviously very easy if you sit next to somebody.

Social networks, the kind we now know so well, in the cloud networks, works the same way. Facebook started out having universities as the “Social Object”, now extended to all kind of groups, fan-of or I-like affiliations with very easy to use interfaces all making it happen. Linkedin has business connections as the “Social Object”, or purpose if you want. I would not go to Linkedin to find a cyclist keen to join a Sunday ride, for that I have other social forums.

Hence the equation, the core measure of how strong and effective a social networking offer can be:

Starting with the importance, or strength of the “Social Object”: I would venture that “doing business”, “trade”, “investigate and act on an opportunity”, “earn money”, is extremely strong, maybe the top one, after all that is a core activity driver that made humankind survive. Have to be fulfilled before any of those needs driving us to spend time on Facebook and Twitter. Basic.

Now to the “interaction” parameter. Doing business as a general activity is context dependent, who, what, where, when, and hence not predictable. The best solution is face to face, as it happens in organisations and in meetings, but that is not very effective for the society as a whole, we’re after all distributed and the hiring and firing mechanisms of organisations is far from instant. But adding networking technology so far has only yielded non-process solutions, like simple auctions and wiki-like collaboration tools.

Adding “social” as a layer onto a rigid structure created pre-IT will never do it. E 2.0 or it’s new name, “social business”, is commendable but a blind alley, you have to focus on bettering the core mechanism instead. The core mechanism that allows and executes “a series of actions or steps taken in order to achieve a particular end by working with someone to produce or create something”. (That was the definition of Process and Collaboration baked into one sentence.)

What’s needed is a proper process framework where a trade, a business opportunity can be handled in a proper sequential way as it should, involving the people that can add value in a dynamic and effective manner. A core interaction engine.

But “business” is inherently unpredictable, Barely Repeatable at it’s core. So no linear process tool can model it, only parts of it, and that long after the business has been established.

So yet again we see the Barely Repeatable Process (BRP), and that’s what’s needed for the “business” as a whole.

And it’s social, people are involved. Place it in the cloud, unhampered by old school business entities and structures – just like Facebook or Twitter – a virtual “business world”, an ad-hoc office, an engine of value creation. That core engine could become the most interesting kind of “social network” ever. Ah, yes, and a very effective “Business” driver as well.

A true “social network” catering for human needs far stronger than those further up the Maslow pyramid currently so well catered for.