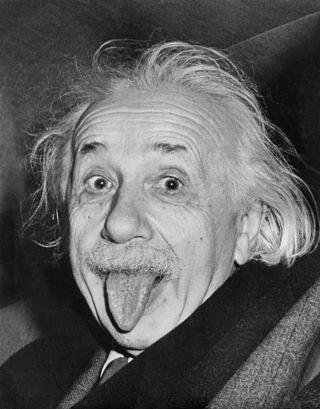 When 95 percent of college students use social media tools, perhaps excessively, it seems almost impossible to isolate a study that tries to answer the question “does social media make you smarter.” This is an awkward and irrelevant question to ask and anyone who has been born since the industrial revolution but before Facebook was conceived will see that this is the next version of the same old question which went something like this:

When CloudBlog asked Stowe Boyd, the ubiquitous futurist, consultant, and researcher, what he felt was the most surprising thing he saw at the Defrag conference a couple of weeks ago he said it was the connection between Twitter and improved stress handling and better performance, particularly in academia. But he went on to say that this could most likely be applied to anything.

Technology has always fascinated me but at certain times it seemed as if the more people knew the less intelligent they became. It would be almost  as if a person’s mind were so full of useless trivia that he forgot how to make important decisions in a logical and cognitive fashion.

But Twitter is another issue. Twitter is not necessarily social media at all. It is dispatch communications. It is less social media than an engagement model, and while Twitter has many weaknesses around engagement, the communication metaphor has been perfected. In other words, a lot can be said in 140 characters. Enough it seems to make college students “smarter.”

And that’s where the oft-cited study from Lock Haven University, South Dakota University, and Penn State comes in. It’s about $30 to download the study from Wiley’s academic site. Boyd mentions it in the video interview, but it is worth reading. It is entitled “The Effects of Twitter on College Student Engagement and Grades”. It basically says social media as a whole has no impact on grades but that Twitter does. Boyd said that it stimulates “brain chemicals” and I’m sure it does. But that’s not part of the Lock Haven study. I’m sure many CloudBlog readers will be interested in stimulating brain chemicals and then watching the interview.

The Lock Haven study basically says Twitter in fact does improve grades in areas that other social tools do not. It improves the engagement of the student, thereby reducing stress, improving in a significant way grade scores, and it showed that students tended to be more engaged closer to exam time and the more they became engaged the better they did. This is in marked contrast to the study that showed that Twitter last year actually makes you dumber. Does it not sound completely obvious that engaging in a subject will improve one’s knowledge and thereby comfort level (i.e., stress reduction)? Apparently academic studies are much like statistics – you can make them say what you want.

What I want to say is that the more one is engaged the better the performance. This explains meeting dynamics when one pseudo alpha personality takes over the meeting while others sit arms crossed. Those people are not engaged. They are committed – like the idiomatic pig. Twitter removes that barrier. Take this to the enterprise. Some tools are social but do not promote engagement. In fact, some of these tools may be prone to facilitate poor engagement – they are disengagement tools. We will see a lot of these popping up and they should be avoided at all costs.

Only tools that have engagement as a design principle will make your corporation smarter.

The interview with Stowe Boyd is below.

John Taschek can be followed on Twitter. (I feel smarter just writing this, but I also did stay at a Holiday Inn Express).