Thomas Paine, “It is error only, and not truth, that shrinks from inquiry.”

George Washington, “Truth will ultimately prevail where there is pains to bring it to light.”
Julian Assange,  “The more secretive or unjust an organization is, the more leaks induce fear and paranoia in its leadership and planning coterie.”

Antonio Gramsci, “To tell the truth is revolutionary.”

Herbert Marcuse, “The need for alternative media has never been more acute.”

Rosa Luxemburg, “Those who do not move, do not notice their chains.”

Julian Assange,  “A man in chains knows he should have acted sooner for his ability to influence the actions of the state is near its end.”

Ronald Reagan, “Information is the oxygen of the modern age. It seeps through the walls topped by barbed wire, it wafts across the electrified borders.”

Long ago, I studied political philosophy, and this wikileaks thing has stirred some parts of my brain that have not stirred over a decades.  Incoherence may follow.

I’m posting this on my personal blog, rather than the work one. These are my personal views, and should not be construed as anything other than that. Wikileaks has significant implications for enterprise software, but I’ll largely leave that to my colleagues for now. 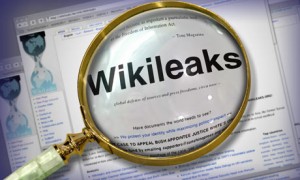 Wikileaks is one of the best things that has happened to state and corporate governance,  since, gosh, Juvenal posed the Quis custodiet ipsos custodes? question.  Wikileaks challenges Plato’s Nobile Lie, big time. I reckon Karl Popper would have applauded wikileaks.  Hannah Arendt too, but I’m on thinner ice there.

Julian Assange and his colleagues have firmly established the concept of a safe place for whistleblowers to dump information.  They deserve  lauding, not opprobrium. Some Americans think wikileaks is picking on the US, but if you look at the previous leaks, there were many that were dealing with other countries and issues.   Look at the cases of toxic dumping in Africa, Swiss Bank tax evasion, Oil pollution in South America.    Wikilinks didn’t hack the system, or steal a password. Someone, probably Manning, gave them the information.

Assange’s paper here is well worth reading, it would be good if he wrote more, as he writes well.  See also  Zunguzungu’s post, where I found the link.

Nuclear codes are a matter of national security. This crap isn’t. The “secrets” betrayed by this diplomatic cable dump range from the gossipy (“Prime Minister so-and-so has too much plastic surgery and a drinking problem!”) to the “Are you kidding? Everyone already knows that!” variety. The Russian mafia is intertwined with the government? My word! That is simply shocking. The effect of the most recent information dump is not, as Obama and Hillary have so idiotically warned, that “lives will be lost.” This isn’t blowing the cover of any double agents in the Kremlin. This is just making the government look stupid. If you think “We don’t want to be embarrassed” is a sufficient reason for the government to withhold information about its activities from the public, you have a very curious understanding of how this country is supposed to work.

And so in an era in which people get their real news from a comedian and their comedy from the real news, a non-state actor like Wikileaks represents our best hope for a more democratic state.

I rather liked this piece on the Harvard blog, from a former diplomat.

Governments are no doubt rushing to secure their data and hold it more tightly than ever, but the horse has bolted. If a government as professional, technically sophisticated, and well-protected as the U.S. can suffer a breach of this magnitude, no government is safe. Politicians can roar their demands for the prosecution of Julian Assange or — absurdly — that Wikileaks be designated as a terrorist organization, but the rage is in truth a tacit admission that government’s monopoly on its own information is now a thing of the past.

The call by some of the American right to treat wikileaks as a terrorist organization smacks of paranoia.  Palin’s call to treat Assange like the Taliban is beyond despicable. Rule of law, please.

My position mirrors that of the ACLU

We’re deeply skeptical that prosecuting WikiLeaks would be constitutional, or a good idea. The courts have made clear that the First Amendment protects independent third parties who publish classified information. Prosecuting WikiLeaks would be no different from prosecuting the media outlets that also published classified documents. If newspapers could be held criminally liable for publishing leaked information about government practices, we might never have found out about the CIA’s secret prisons or the government spying on innocent Americans. Prosecuting publishers of classified information threatens investigative journalism that is necessary to an informed public debate about government conduct, and that is an unthinkable outcome.

The broader lesson of the WikiLeaks phenomenon is that President Obama should recommit to the ideals of transparency he invoked at the beginning of his presidency. The American public should not have to depend on leaks to the news media and on whistleblowers to know what the government is up to.

This morning’s report that Amazon has ditched hosting wikileaks raises questions about censorship and coercion. This is definitely not cloud computing’s finest hour. It reeks of hypocrisy.  We expect Google and Yahoo to stand up to China, but Amazon seems to fold at the first mumble from a senator.  Which T&C did Wikileaks not follow?   I will not be shopping at Amazon this Christmas.

Think for a moment of the alternative scenario, the disgruntled operative handing it over to a foreign power, as per  Gordievsky, Blunt or Ames.  Instead, it is exposed to us all, we can make up our own minds.  Rather than lashing out at wikileaks  consider where the data would have gone in its absence.

Shout out to the Guardian, Spiegel and the NYT.

Many have predicted the end of journalism.  This week the Guardian in particular has done much to dispel that in my mind. Its coverage of the wikileaks story has been thorough, careful, and brave.   Also the NYT nailed it here.

News organizations are in the business of publishing news. They can exercise their judgment with regard to whether, in exceptional circumstances — usually those regarding potential loss of life — news might be redacted, delayed or, on extremely rare occasions, permanently withheld. But the likely embarrassment to individuals, or inconvenience to U.S. diplomats, does not even begin to approach this bar.

When 250,000 documents can be placed on a zip drive smaller than a popsicle stick, and thousands of citizen journalists are working to make it available to the public, then the guarantee of secrecy for any powerful institution is only a comforting fiction.

Process and a bit about the software angle

There will be a lot of organizations rethinking security policies, systems and practices,  in the wake of this incident, and rightly so.  A junior level staffer should not have been able to download what he did without some sort of alarm bell ringing.

Software vendors are going to view this as the next Sarbanes-Oxley. Cry havoc and let slip the dogs of marketing.  Do make sure you have a good supply of anti-hype pills.

I hope though, that it also makes organizations, whether government or otherwise, realise that they are being watched by broader society. Behave ethically, conspire less  and you have little to fear from wikileaks.

Perhaps wikileaks  will continue to thrive with Assange at its head, but if not, an alternative leader or offering will emerge, as with Napster.  Targeting Assange will not make this go away.  I believe Assange should answer to the Swedish charges that he faces, but only through due process in a court of law.

I’ll end this with one of my favourite songs. Whispering Grass. From the Ink Spots. This was a hit in 1940.  listen here if you like. Perhaps it should be the theme tune for wikileaks the movie.

Why do you whisper, green grass
Why tell the tress what ain’t so
Whispering grass
The trees don’t have to know, no-no
Why tell them all your secrets
Who kissed there long ago

Whispering grass
The trees don’t need to know
Don’t you tell it to the breeze
For she will tell the birds and bees
And everyone will know
Because you told the blabbering trees
Yes, you told them once before
It’s no secret anymore-ore
Why tell them all the old things
They’re buried under the snow

Whispering grass, don’t tell the trees
‘Cause the trees don’t need to know-ow

For the Brits reading this there is the Ain’t half Mum cover too.

One response to “On Wikileaks, the Inkspots and a political philosophy ramble.”