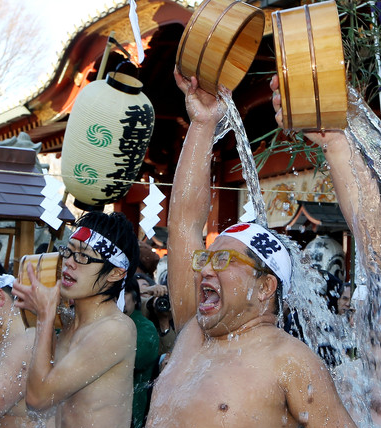 What a radical thought.  How dare he splash cold water on Force.com during Dreamforce!

Like many, I read the news that SFDC would be acquiring Heroku, a Ruby on Rails in the Cloud startup, for $212M.  Perhaps unlike many, the news really bothered me.  It didn’t smell right, and here is why:

Marc Benioff has been beating the drums for Force.com for some time now.  He has said more than once that it is the company’s next great growth driver.  Their next $1B business, in other words.

I’m not saying Heroku isn’t worth $212M.  After all, the Ruby on Rails market is hot, hot, hot, and they’ve got a Cloud solution for it.  But so does Engine Yard.  So it isn’t like Heroku was the only game in town for RoR.  In order to be willing to pay up for an acquisition, valuation falls into two schools.

First, you can look at it as build versus buy.  Whatever it is you are acquiring, and it’s typically either market share or technology, what would it cost you to build it organically and how much of a premium would you pay to just write a check and have it done immediately through an acquisition?  Acquisitions in this kind of model are the sort we see in the public markets from the likes of Oracle and others.  They lead to 30%, 50%, heck, sometimes close to 100% premiums (though that usually means there are elements of the second buying rationale at work).  But they don’t lead to valuations like this one.

The second buying rationale is that the acquisition is strategic.  What exactly that means is in the eye of the beholder, but to the purchased entity, it represents a nearly blank check.  Whatever pain is going to be fixed hurts so badly that almost any cost pales by comparison.  The buyer typically feels they have to do it because they have no choice.  Often these kinds of strategic acquisitions come about due to competitive situations.  The original Palm sold for circa $60M to 3Com, and Starfish, a relatively weak competitor, sold for not long after to Motorola for well over $200M on the theory that if phone companies didn’t get some smarts about computers and software the computer industry was going to crush them.  BTW, phone companies, have you noticed that this did indeed happen?  Just because we’re talking “strategic” doesn’t mean it has to be crazy and just because I’m paranoid doesn’t mean the whole world isn’t out to get me.

But there is no competitive imperative here.  When I asked what would make Heroku so strategic to profitability challenged Salesforce, I could only come up with one answer:  Force.com wasn’t working.

Now before I get 86 kazillion comments telling me how great it is and how many are using it, let me explain what I mean by “working”.  There is no doubt that Marc Benioff can line up folks to share a stage and talk about how great it is.  There is definitely the smattering of big names willing to hold up their hands and say that they are using it.  But “not working” means it was not on an organic growth curve that was going to make it SFDC’s next $1B business any time soon, or maybe at all.  If it was flying off the shelves at the rate the company’s other products seem to, then I can’t see how it would be worth paying the kind of valuation they did.

Force.com has had a number of issues that hamper its adoption and Salesforce is doing a good job defusing some of them.  One huge issue was the requirement to adopt wholesale a completely proprietary set of development tools.  Database.com and other unbundled capabilities over time will eliminate that objection entirely.  I can write applications that use Database.com in just about any toolset I care to.  This kind of unbundling, and focusing on the data, was exactly what I recommended in my post, “Sell the Condiments not the Sandwiches.”  I feel good about having gotten that out before the word on Database.com was available.

Another issue has been that of needing your PaaS vendor to be Switzerland.  The Swiss do banks, and that’s about it.  If you run a manufacturing business, you don’t have to worry that when you put your money in a Swiss bank it will suddenly give some other manufacturing business an unfair advantage over you.  I’ve written quite a lot about the need for PaaS vendors to be like Switzerland, and Salesforce is not.  Amazon is, though it makes you wonder if a book vendor would want to host there.  Still, Netflix has hosted there and is in the media business which may be quasi-competitive.

But the last issue is a doozy, and it will be the Litmus test for Salesforce and Heroku.  Simply put, Salesforce charges app prices for their platform offerings and that’s too much.  The world has been complaining about being nickeled and dimed with ridiculously high prices for additional storage and other commodity capacity for years with Salesforce.   I already commented that Database.com’s $10/user per month for authentication is way too expensive.  Dennis Howlett calls it a non-starter.  I think Salesforce is starting to understand, and I say this in light of their recent move to offer more Freemiums, like Chatter.  But they need to move a lot faster.  In that sense, Heroku is an important Litmus test from two standpoints.

First, it is priced today as a platform should be.  Will Salesforce take those prices up, or leave well enough alone?  If they leave the prices alone, they have a testbed to explore platform price elasticity with.  We’ll have to leave the question of whether they can be trusted to leave prices alone in the long run for another time.  What I will say is that they don’t seem to behave like Amazon, which lowers prices constantly.

Second, Heroku lets them explore that price elasticity while insulating the premium pricing of their existing offerings.  If I’m right, and Force.com isn’t working, that doesn’t mean there isn’t something there still to protect.  If nothing else, it is a customization and integration vehicle for the CRM app.  That part is working, even if it isn’t a billion dollar business in and of itself.  They may not want to disrupt that revenue stream until Heroku has fully demonstrated that the price elasticity will make it worthwhile.  If so, that’s a prudent strategy.

Last issue:  Salesforce is somewhat trapped in their pricing by a lot of factors.  For one thing, they can’t introduce a second billion dollar business that is dramatically less profitable than their core CRM business.  That won’t lead to higher stock valuation.  Second, they are paying a huge Oracle tax.  This is where I laugh when people paint Database.com as a competitive dogfight with Oracle.  It can’t be a competitive dogfight until Salesforce gets the Oracle monkey off their backs.  Every unit they sell results in a kickback to Oracle at Oracle’s chosen pricing.  The more they win, the more Oracle wins.