Being ‘diplomatic’ I’m not going to step into the debate featuring Dennis, Susan, Nenshad and others… but I’ve been waiting and waiting for one benefit to be touted, an important but unplanned benefit (the only one?) I’ve seen in practice myself: 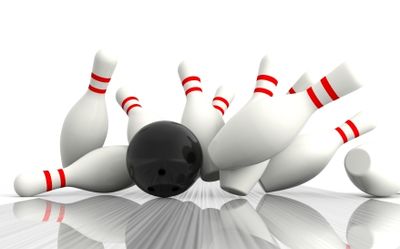 Years ago I was chairman-and-investor-in-residence at a electronic games company. Starting in 1995 it gained about 50 new employees every year, doing games on Nintendo and Sega platforms, later Sony and online – all developed by a great gang of mostly boys with an average age of 20. No kidding, our first Xmas party started with a ‘parents day’.

As the industry expanded and the kids became slightly older and experienced we had the usual groups gelling in some corner tinkering with business plans behind our backs, then jumping ship and starting a competitor.

Not what the ‘leadership’ wanted of course, but pretty inevitable. The kids soon learned to encrypt the business plans as well, so the fun of reading plans and mails left behind on hard drives was withdrawn. Annoying.

Suddenly something happened, we did not know what, but whatever it was it stopped the wave of desertions.

Could it be the new menu in the cafeteria? Could it be that we suddenly became better at communicating? No theory clicked and management (me included) remained as clueless as we should be.

This being the quintessential geek work place, reeking of popcorn and with employees sleeping on the floor after a good night of downloading stuff, they had just made good use of the servers and network and created a flurry of internal ‘newsgroups’, the predecessor of todays forums. Of course the management was the last to find out, but we did not care.

Suddenly the group dynamics changed. When networking was solely physical classic group dynamics ruled, groups formed in a corner of the corridor, and face to face disagreements had to be handled and a common purpose quickly built. Usually along the lines of ‘management sucks, we’re smarter’ and ‘lets split and do it on our own’. And surely enough every desertion group came from the same physical location of the office.

With the company-wide network something else happened, visiting the office next door was replaced with online socialising. And while Peter found Andy in full agreement with his views one day it did not take long before they found disagreement helped by full transparency and input from 100 opinionated co-workers. The full throttle dynamics killed the slower dynamics of yesteryear and any tendency to group forming was followed by instant and efficient group splintering.

It was the exact same effect the E 2.0 advocates predict will flatten the hierarchy that splintered the employee group building. ‘Split and control’ is an old adage, and here they had organised it themselves. Excellent we said.

And the management lived happily ever after. 😉