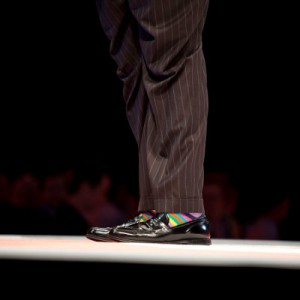 The tech industry loves to brag about “openness”. Indeed ‘open” may be the most abused tech marketing term over the last couple of decades. So, when I first heard Marc Benioff, CEO of salesforce.com talk a few years ago about how they were “democratizing technology” I was cynical. To me it was a nuanced and political version of “open”.

But as I researched for my book chapter on salesforce.com, I saw several signs of openness  – like its trust site which showcases performance metrics for all, including competitors, to see. How many vendors, even years after salesforce started that site, openly showcase their operational metrics?

Last year’s Dreamforce conference brought to me other glimpses of what Marc means by “technological democracy”.  Some of the observations I captured in the book:

“During a customer panel at salesforce.com ’ s Dreamforce conference in November 2009, at one end of the table sat a ball of color — D.A., of the indie band Chester French, with his bob of red hair and purple trousers. At the other end was Joe Drouin, CIO of Kelly Services, which places 650,000 contract staff around the world, in a dark suit and white shirt. Quite a contrast in size of customer and dress code. That ’s Benioff ’ s democracy in action.

In a keynote presentation, Benioff plays master of ceremonies and gives equal time to Appirio, a next – generation systems integrator we describe in Chapter 18 , and to Accenture, which is 1,000 times bigger. He gives time to Vetrazzo, a start – up that makes countertops from recycled glass, and to Lawson, the second – largest convenience store chain in Japan (behind 7 – Eleven)…