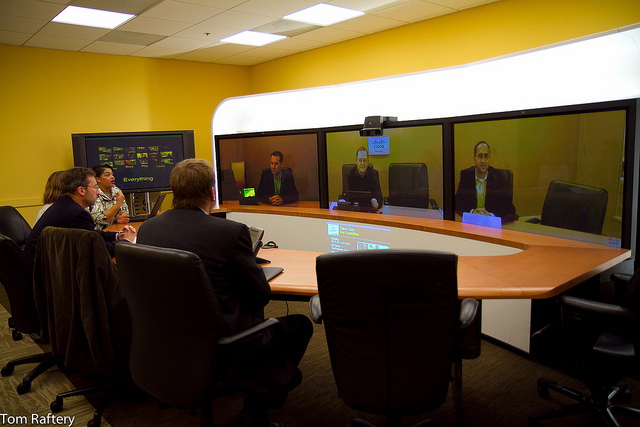 As mentioned previously, I was in Santa Clara and Palo Alto last week for a couple of SAP events.

At these events SAP shared some of its carbon reduction policies and strategies.

According to SAP Chief Sustainability Officer Peter Graf, the greatest bang for buck SAP is achieving comes from the deployment of telepresence suites. With video conferencing technologies SAP is saving €655 per ton of CO2 saved. This is hardly surprising given Cisco themselves claim to have saved $790m in travel expenditure from their telepresence deployments!

Other initiatives SAP mentioned were the installation of 650 solar panels on the roof of building 2 which provides for around 5-6% of SAP’s Palo Alto energy needs. This means that on sunny days, the SAP Palo Alto data centre can go completely off-grid. The power from the solar panels is not converted to AC at any point – instead it is fed directly into the data centre as DC – thereby avoiding the normal losses incurred in the conversion from DC->AC->DC for computer equipment. Partnerships with OSISoft and Sentilla ensure that their data centre runs at optimum efficiency.

SAP also rolled out 337 LED lighting systems. These replaced fluorescent lighting tubes and because the replacement LED lights are extremely long-life, as well as low energy, there are savings on maintenance as well as electricity consumption.