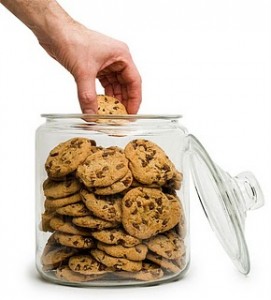 In August Congress passed a bill to fund enhanced border security which is now Public Law 111-230. The funding for this bill was achieved by increasing the visa fees for H-1B and L-1 visas by $2,000. The fees apply selectively to companies who employ more than 50 employees in the US and if 50% or more of those employees are not US citizens or permanent residents.

The bill was weird and wicked in multiple ways. It increased fees for companies conducting legitimate business for purposes completely unconnected with their business. And it was constructed cleverly so that American businesses would not be affected. Which meant that not only would Microsoft and Intel not pay the higher fees, IBM and Accenture, who are in the same business of offshore services that Infosys and Cognizant are in, would also not pay them. Indian companies had been surgically targeted.

As if that wasn’t enough, in the 9/11 Health Care Bill (scrolls to fees) the same fees, which were imposed for 4 years in PL 111-230 have been extended another year. It was easy. Like taking candy from a child.

When I wrote about the Borders Bill, I made light of it. Financially, it is not a big burden for companies. An extra $2,000 paid a couple of times over a six year work permit is less than a 1% uptick in costs. It is not going to even affect margins, leave alone changing the value prop. But the precedent this sets is wrong and dangerous to both India and the US. It needs to be called out.

While the bill doesn’t talk about Indian offshore services companies explicitly, there is no doubt that they were the target. American lawmakers regularly beat up American businesses that “outsource American jobs to India and China”. In these hard times, they are tapping into the angst that high unemployment creates. But they should know better.

Offshore outsourcing is trade. When Ricardo talked about the law of Comparative Advantage, he did not exclude outsourcing from it. Trade brings benefits to the both countries. It may be harder to picture the benefits that the US gets from outsourcing but it does nonetheless. It lowers the costs of goods and services to consumers. It makes American businesses more efficient and more competitive in the global market. As outsourcing creates prosperity in India and China, they consume more American goods. And so on.

Which is why when the US has constantly preached to developing countries like India to open their markets, it has received the support of economists everywhere. Trade is good for the world. All of it, including outsourcing.

But if it is too much to ask lawmakers to guide their actions based upon sound economic principles, then I’d ask them to do it in their own interest. There are very few US companies who would support legislators that targeted Indian companies. Not just because they like how Indian services companies make them more efficient. But because India is one of the few large growth markets in the world today. No company wants their own government to hobble their attempts to get the best access to this market.

So far, both bills put together don’t amount to much. But as in many of these things, its the optics that matter. Right now the optics are all bad – anti-outsourcing and by extension anti-India. One hopes that it stops right here.

Meanwhile, what of Indian companies? Every major company I have talked to recently has aggressive plans to increase hiring in the markets. It won’t happen overnight, but the direction is right.