What’s With These Microsoft Patent Trolls?

Paul Allen and Nathan Myhrvold: what’s with these ex-Microsofties now turned Patent Trolls?  Was there something in the water at Microsoft or what? 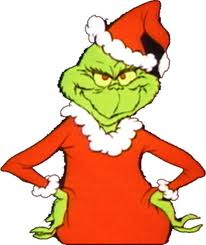 The Trolls that Stole Innovation’s Christmas

I’m reading lately about Allen’s efforts to bring to bear a portfolio of patents filed by Interval Research, a company he founded once upon a time.  Myhrvold has a whole company apparently devoted to Trolling, called “Intellectual Ventures.”

I don’t get it.  You have two ostensibly technical guys.  Both are wealthy beyond most people’s wildest dreams.  What is the thinking that causes a man in that position with those credentials and experience to decide to be a patent troll?  They can’t possibly need the money.  It can’t possibly escape them that a large part of the technical world abhors what patent trolls do, so they’re not doing it to polish their reputations or leave a legacy.  There is a certain irony that Microsoft has always had a reputation for copying others rather than innovating and now ex-Microsofties are doing this.

I don’t really have an understanding of what would motivate a person to head down this path.  There is some kind of lame argument that Intellectual Ventures “defends their model by claiming credit for helping to build a liquid market for invention and aiding the small inventors who might otherwise be at the mercy of large corporations.”  You have got to be kidding me.  You guys are the large entities that small inventors are at the mercy of!  Somebody please, there has to be someone out there that knows these guys, tell me why?

If you wanted to actually preserve innovation, take the Open Source route.  Take all those patents and make them available strictly to small startups for free.  Charge small fees to large organizations that want to use them and only large organizations and use the fees to pay for more.  Or ask that anyone that uses one of your patents has to cross license their patents for others to use for free.  Gather your best and brightest and see how fast you can Open Source the interesting patentable ideas for the bottlenecks in the innovation road ahead.  Better yet, start a Political Action Committee to abolish software patents altogether.  Or get with your fearless leader Bill Gates and start a foundation to do some good in the world with your wealth.  Donate all the patent fees you charge large organizations to a charitable foundation.

Heck, go start some companies and create some real value, some real innovation, and some jobs for people other than lawyers.  We could use them in this economy.