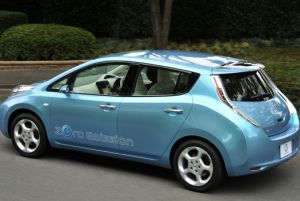 When I hear people say “this is the year of such-and-such” I am reminded of the mobile industry. Since at least 1999 people have been saying that, finally, this was the year of mobile and sure enough, 2009 may have finally been legitimately the year of mobile… which only proves that it is best to say the “year of” without actually pinning oneself down to a specific year.

Will 2011 be the year of the electric car? No, I don’t think so… eventually it will be but not this year.

1) Cost: These vehicles depend on taxpayer subsidies to make them more appealing and it’s doubtful those subsidies will continue. Aside from the purchase cost there are many many issues that will cause prospective buyers pause. For example, these vehicles require 240v hookups for overnight charging, how much will it cost you if you don’t have one in your garage? I can tell you that it isn’t an inexpensive proposition but let’s say it’s a couple thousand dollars by the time you cover permitting/fees and have an electrician do the work. It all adds up.

2) Range: I don’t care what people say about “well you can drive to work and home on a single charge”. That simply does not reflect how people use their vehicles and when you are paying insurance, licensing and registration fees that, at least in California, amount to a serious amount of money each year, having multiple vehicles becomes difficult to justify. Ironically, electric vehicles are most appealing to people who, on a relative basis, do very little driving.

3) Unproven: There are still a lot of questions about the life cycle of EVs and given the numbers are so very small (Nissan delivered 10 – yes 10 – Leafs in the 4th quarter) reasonable people will hold back before dropping $25-40k on what is really a special purpose vehicle.

5) Recharging: What do you do if you live in an urban area and park on the street or in an apartment complex with shared parking? These are the kind of details that get glossed over by proponents but these are also the kind of details that become barriers for prospective purchasers. Another irony for EVs is that the logical buyers are urban dwellers who are the least likely to have a dedicated garage. 1/3 of San Francisco parks on the street every night.

Hybrids have overcome most of these objections and they are collectively less than 5% of the auto market sales and the thing that prevents hybrids from dominating the compact car category is on a relative basis they are much more expensive than comparably classed non-hybrids. A Honda Civic is considerably less expensive than a Prius yet delivers fuel economy numbers that are not far off (at least not so much so that the payback period for the Prius would be under 10 years). A Mini Cooper puts up mileage numbers not far off that of most hybrids and it’s premium priced compared to a Honda Civic, yet pretty much in the same range as a Prius and so much more fun to drive.

We can argue about the ideological merits of EVs but even Apple failed miserably with the Newton 17 years before they were ready to come to market with a completely different product that did work for the market.