I’d like to run through each of the six predictions for enterprise computing in 2011 that I made last week in a little more depth. The first of the six predicted a “seismic shift” in attitudes to mobile clients: “Significant numbers of enterprise software vendors will upend their development priorities and develop for mobile first, desktop second.”

The corollary of this prediction is that desktop interfaces will increasingly converge with mobile interfaces, because instead of being the poor cousin, suddenly the mobile UI will be the bigger sibling that sets the standard for how other UIs behave. That, of course, in turn will influence the relative positions of iOS, Android, Windows Mobile and other mobile platforms, and will further erode Apple’s current leadership of the smartphone and tablet space.

I was idly browsing my twitter stream at the weekend when I noticed @jtaschek highlight a provocative blog post by Jean-Baptiste Soufron: In 2011, Apple will lose the smartphone and the tablet market to Android because they forgot about OSX …. 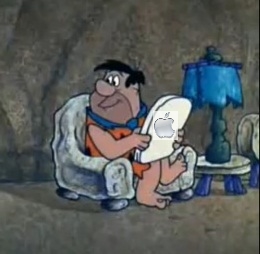 Soufron’s hypothesis is that Apple’s resurgence has a lot to do with its adoption of open source software as the foundation of its OSX operating system. And therefore its abandonment of open source with iOS on the iPhone and iPad is sowing the seeds of a downturn in its fortunes, challenged in the near future by the more open Android platform. The advantage of open source, he reminds us, is that you get to pool the resources of many great minds working on the same platform (it’s a similar principle to the collective innovation that you get in multi-tenant cloud environments). “Apple … will never be able to keep with the pace of innovation that is going on Open Platforms,” he concludes.

What especially piqued my interest, however, was the assertion in the title that Apple “forgot about OSX.” Not merely Soufron’s explicit message about its open source foundation, but also in the implicit assertion that Apple is putting all its resources into capturing mobile platform market share with iOS, to the detriment of further developing OSX to keep pace.

How often in the past year have you reached out to a laptop or desktop screen to zoom, scroll or tap? How many times have you cursed the inability to transfer information you’re working with on your office machineÂ  (a set of web pages,Â a half-drafted document, an ongoing discussion)Â to your mobile device and vice-versa? Wouldn’t you just love to make things happen on the screen with a gesture, just like you do when playing with Wii or Kinect? The UI innovation that’s taking place on mobiles (and games consoles) will migrate to business laptops and desktops within the next release cycle of operating systems, but Apple’s strategy is predicated on moving all of that to their iOS devices, so where does that leave OSX except up a dead-end alley?

So much for Apple. Enterprise software developers must avoid making the same mistake, of taking their eye off the desktop ball while learning the rules of playing in the mobile space. While it’s going to be right to prioritize mobile development, the mass of users â especially business users â still do their core work sitting at desks, and any effective mobile-centered development strategy must still cater to the evolving needs of those users.

Of course, many office workers sit in front of older operating systems â in many corporations, most desktops are still running XP or Vista, with pockets of Windows 2000 more common than you’d think. Migrating people’s working routines to embrace next-generation UI conventions such asÂ touchscreenÂ orÂ gestureÂ controlÂ will be a challenge, but at least if those conventions are already familiar from the smartphones and games consoles their families use at home, it will be less of a cognitive leap than some of the form-based interfaces they’ve had to learn for earlier technology generations.

It will take a while for the current crop of desktop operating systems to catch up with the mobile space, and by the time it does, most applications could look more sophisticated on mobile than they do in desktop browsers. Meanwhile, frontline workers will be among the earliest adopters of next-generation enterprise applications delivered to smartphones and tablets. This is going to be an important cultural shift for many organizations, where throughout the PC era, it’s been the penpushers, analysts and managers who’ve had all the latest and greatest technology at their fingertips. We’re entering a new era in which retail sales assistants, field service engineers and maintenance operatives are going to be first in line for the newest mobile devices, while the knowledge workers back in the office struggle on for the next few years with their superannuated Windows OSes and unresponsive flatscreens.