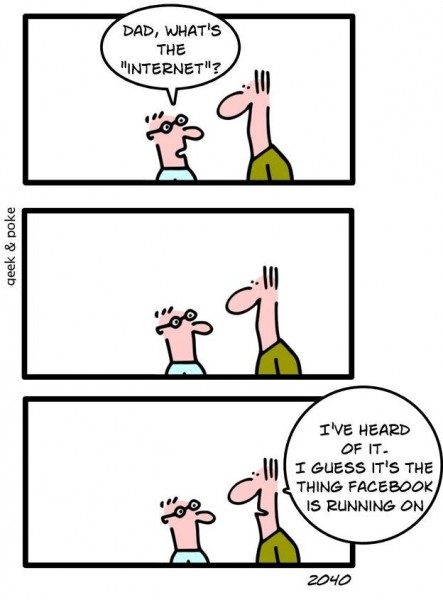 Facebook got more visits than any other web property in 2010 according to an article in Computerworld.  Hitwise, an Internet analytics firm said that between January and November 2010 Google, which had the top spot in 2009 slipped to second with 7.19% of all visits compared with Facebook’s 8.93% share.

Now, on the face of it, that might suggest that Facebook is superior to Google and in some ways that might be true but which ways?  It is a bit of apples and oranges and we need more data to sort this out—data that might not exist yet.

Consider this, according to a Jess3 video, “The State of the Internet” 84% of social networking sites have more women than men.  I am not saying that’s good or bad but if women are more social, I wonder if they also ask for directions more than men and if that’s reflected in the demographic breakdown for Google.

I also wonder what these numbers have to do with doing business.  Are visitors to Facebook more or less business oriented than visitors to Google and all of its applications?  Also, what comparison can we make between Facebook and LinkedIn?  Is 41.1 million minutes—about 342.5 U.S. work-years—on Facebook in August a good thing?