Computerworld UK posts an interesting story by Antony Savvas today about some recently disclosed research from SAP’s EMEA group.  According to nearly five hundred respondents, IT departments are not spending enough on innovation.  Business innovation, that is, of the kind that makes your company more competitive. 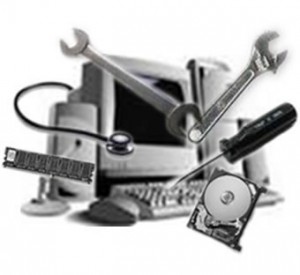 According to data quoted in the article “a third of the companies said their current IT strategy is too focused on ‘keeping the lights on.’”  Well this is interesting but hardly surprising, in fact the number seems rather low — only about half what I’ve seen in other reports about U.S. companies.

The usual suspects get dragged in for blame including the economy — forty eight percent said the uncertain economic climate was holding them back.  This is a good report and a decent article and I don’t mean to be critical of them but I do take exception with the corporate IT departments that have let this situation fester for many years.

It should be no surprise that the lion’s share of any IT budget these days goes to the quotidian demands of operations.  IT had its flowering many decades ago when there was nothing and every department had to be automated, desktops needed to be populated and websites needed to be built.  Now that those systems are here, they have to be maintained and the only innovation is happening around the edges in areas like security, and rightly so.

But if innovation is on the agenda, and it certainly ought to be, then we can’t look at the budget and say there’s no room and we can’t legitimately say that IT should be getting a bigger slice of the corporate pie.  That’s every department leader’s solution, give me more!  But there are limits.

If IT innovation is down — and it needs to be resurgent to enable organizations to fulfill their missions of providing an acceptable return for all those widows and orphans out there — then innovation has to begin with how IT spends its money.  (Long sentence, I know.)

Actually, the beginning has been with us for about a decade in the form of cloud computing and all the monikers that precede it.  It involves nothing more complex than taking the sunk cost out of the data center and making it an expense.  The funny thing about an expense is that you can chop it off if it doesn’t deliver value but that’s a rarely understood concept in an environment where you buy everything and try to make it work.

Old guard purists will tell you that cloud computing still isn’t ready for prime time, that it isn’t secure, that it doesn’t allow us to do the really hard things or whatever.  Maybe.  All I know is that my credit card information has been stolen from more than one corporate data center but never from a cloud based system.

I also know that when technology paradigms shift they first get wobbly.  When a new technology shows up and runs circles around the old paradigm the early adopters get the message.  But old paradigms topple and mainstream adopters move only when a paradigm’s economic underpinnings crumble.  If you can’t afford to innovate in IT, the paradigm must be crumbling.