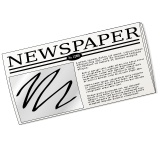 Enterprise news and headlines, second half of January 2011

Salesforce.com takes it to a new level with Super Bowl ads, SAP and Microsoft reposition themselves for the cloud – while juggling execs and responsibilities, Microsoft sues former employees and their new employers, Oracle raises the ire of the open source community, Microsoft and SAP deliver solid quarters, Informatica delivers a REALLY solid quarter (again!), CIO’s intend to move to the cloud, CEO’s are still big fans of technology, and Google Android does/doesn’t/might copy Oracle’s code …