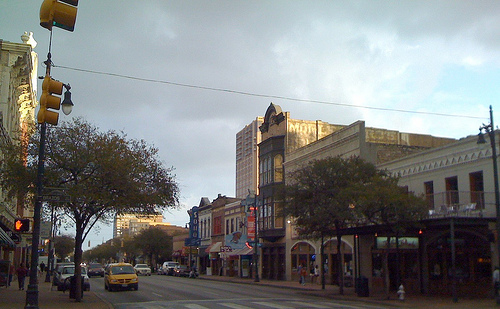 Dude! I’m in Austin (home) this week! While we don’t do numbers at RedMonk, I come across many interesting ones. Here are some:

With more than 330 million users around the world, Firefox currently holds the No. 2 spot in browser market share, accounting for just over 24 percent, according to researcher Net Applications.

Microsoft’s Internet Explorer, currently the market leader, holds 64.64 percent, while Safari, Chrome and Opera hold the next three spots with 4.42, 3.58 and 2.17 percent, respectively, according to Net Applications’ October data.

Indeed, Firefox’s market share is a testament to the magnitude of its achievements over the past five years.

On the other hand, it seems some folks like diversity:

“I have three browsers, and I don’t think I’m alone,” John Barrett, director of research with Parks Associates, told LinuxInsider. “I suspect there’s a lot of people who have multiple browsers.”

Eating the Elephant at $3 a Piece

More from this longer piece by Jennifer Kavur:

The latest addition to LotusLive is iNotes, a Web-based e-mail service hosted by IBM. A lighter, Web-based version of the LotusLive Notes e-mail application, iNotes works with Notes and Microsoft Exchange. Pricing starts at USD $3 per month per user.

The scalable service is targeted to SMEs as well as large enterprises. IBM is seeing a lot of interest from clients that want a more reliable, secure and private e-mail service instead of relying on one of the consumer options, said Lobo.

There are only about 300 apps in the Palm store to date, dwarfed by the iPhone’s 100,000 and Android’s 12,000. However, Palm stresses that Application Catalog is still currently in trial mode, and the firm wants to ensure the software platform is mature, and has all the tools in place, before it goes on full release next month.

This via Mobile Dredge, which is a pretty good source for developer and low-level business related news.

When the global financial crisis hit last year – diminishing trade flows and reducing manufacturing orders for China’s factories to a dribble – some 20 million migrants were estimated to have lost their jobs and returned home.

The pressure of resolving unemployment tension in the countryside this year has been made even more difficult for Beijing by its difficulties in finding jobs for the country’s surging numbers of university graduates.
Some 6.1 million graduates entered the job market this summer, 540,000 more than last year. In 2008 the employment rate for graduates was less than 70%. This year nearly two million of graduates, many of them postgraduate diploma holders, are expected to be left without job placements.

Clearly, they won’t be buying an iPhone anytime soon.

Microsoft let 1,400 people go Thursday, 872 of them in the Puget Sound area. It will cut up to 3,600 additional jobs between now and June 2010 but also plans to continue hiring in strategically important areas, including Internet search. Net job losses are pegged at 2,000 to 3,000.
…It still had net profit of $4.17 billion during the quarter ended Dec. 31, though that was down 11 percent from the same quarter a year ago….[I]t has more than $20.7 billion in cash and investments on its books.

C# via Mono on the iPhone

At the Monospace conference in Austin, Texas last week, Miguel de Icaza said there were 350 games on in the Apple AppStore, 5 on top sales based on Mono (probably with Unity framework and a handful with newly released MonoTouch).

Acquired with Yahoo!’s purchase of Inktomi, Traffic Server has been in active use at the two companies for the past eight years. According to Yahoo!, it now handles 30,000 requests per second, serving 30 billion Web objects and 400 terabytes of data a day.
“It is a very mature, very reliable piece of technology,” says Shelton Shugar, Yahoo!’s senior vp of cloud computing. “In some form, it supports more than half of Yahoo!’s traffic.”

Those 400 terabytes are served up from between 100 and 150 “commodity” machines.

“And they say, a computer can do the job better than I can!”

“We were able to eliminate a whole bunch of actually U.S.-based jobs and kind of replace them with two folks out of India to serve a 1,200-person engineering organization,” Marcello said.

Disclosure: IBM is a client, as is Microsoft.