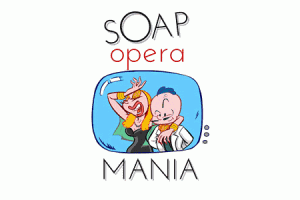 Geez, must be a slow news week or something.

First we got the whole Scoble/Quora soap opera.  To make that long story mercifully shorter, Scoble went from thinking Quora was biggest blogging innovation in 10 years to “Why I was wrong about Quora as a blogging service” to being given a good intervention to finally admitting he gamed the service like a one man narcissistic content farm and that’s why he failed there.  Well that was certainly epic.

Now on to the latest, where Google accuses Bing of cheating (thank you Techmeme for those links!):

“Teacher, Bing is copying the answers from my test!”

“How do you know Google?”

“Because I fed him the wrong answers and they turned up on his test so I called the press.”

“And why is that wrong, Google?” (And why were you worried about Bing instead of doing better on your own test?)

“Because I worked hard to get those results and they shouldn’t benefit from them.”

“Didn’t all those people who made all the links on the web that you benefit from with Page Rank also work hard only to have you take their work and become fabulously wealthy from it?”

I say, why not?  Search engines aren’t worth beans without watching what humans do and learning from it.  It takes a lot more than a few keywords to produce good results.  Whether it’s using Page Rank to use humans as unwitting curators of your results or watching which search results I actually click on or reading my email so you can present relevant ads in G-Mail, it’s all about liking to watch so that Chauncy “Search” Gardner can appear to understand what’s really going on.

Google, you must be desperately afraid of Bing to have this, your second organized negative marketing PR campaign follow so quickly on the first (the whole Facebook/Bing affiliate marketing flap).  Are you guys sure your brand wants to be associated with negative marketing?  Remember that old youngster’s lament, “I have become my parents.”  Google, right now it looks like you’ve become Microsoft and Oracle.  So far we don’t have Larry (Page that is) doing the fire-breathing Shogun routine yet (or the Ballmer Monkey Boy rants), but at this rate, it must be only a matter of time.

Here’s the thing: we have a very limited number of ways right now to improve quality of results and find great content.  Many of those ways involve confusing popularity with quality.  Scoble’s Quora issues largely had to do with using his popularity to game his results into better positions than they deserved.  Quora promptly reacted to that in a negative way, as they should if their value prop is great answers to questions (not popular answers to questions, there is a difference).  Q&A services like Quora are valuable to the extent they introduce beneficial friction into their game mechanics so popular doesn’t always win.  Watch for more examples of beneficial friction–it’s a good idea, though it is somewhat at odds with the get-rich-quick-with-traffic mentality that currently fuels the Internet.

Humankind have a terrible time separating popular from good.  Mostly, we give in and accept popular, whether it for business, politics, or whatever hard decision awaits.  That’s great right up until we’re popular enough that the wisdom of crowds becomes American Idol.  Glenda knew this when she sang, “Popular, it’s all about popular.”  But is Glenda’s view what you’re looking for?  Umpteen hundred million peeps on Facebook.  That’s certainly popular, but do you go there for the highest quality content?

Lately, the Internet has gotten to be too much all about popular.  It is as near a frictionless medium as we can create, and that actually interferes with Content Quality.  Think about it in terms of evolution theory.  If Quality involves being first, being different, being unique, evolutionary systems don’t really reward those qualities directly.  It isn’t until the biomass of the meme has reached enough popularity that it spreads virally and can claim to have staked its eco-niche.  By then it’s too late.  Lack of friction destroys diversity and amplifies popularity: anathema for high quality content.  You want to get the 411 right before the punctuated equilibrium begins.  That’s when it has the most juice.  That’s when it’s the most interesting and valuable–before everyone else has spun it, parroted it, and profited from it.

Content memes proceed along these typically evolutionary cycles.  As conventional wisdom settles in, the original meme is widely imitated and only mildly improved, if at all.  This goes on for quite some while.  The dinosaurs lasted over 160 million years and it took a catastrophic event to shake their hold enough that something new could take their place.  Those events create the punctuated equilibrium where evolution suddenly moves ahead a quantum leap.  So it is with punctuated equilibriums and the social evolution of memes of content on the Internet.

If you value good content, look for friction.   Look for what is not popular and what is not easy to find:

–  Start with your search terms.  Avoid Google’s attempts to box you into the ordinary search echo box where they can maximize attention competition and raise ad prices.  Google’s Instant Search is an Instant Echo Chamber.  Think of more novel ways of expressing your search.  If possible, figure out how an expert would write about your topic and search for those kinds of terms.  Use the first pages of results to learn that much and then start new searches.

–  Identify the experts and see what they read.  For a long time I have found better results searching blogs than searching the Internet at large when researching new topics.  Be on the lookout for Google Reader share feeds from folks you respect so  you can see what they’re reading and finding interesting.

–  Constantly prune your regular reading list.  Stick to the sources that bring you genuinely valuable information and new insights for the first time.  You don’t need 10 different feeds that all parrot the same stories.  Subscribe to Techmeme and one or two others in case the rest of your list fails you and so you can quickly located what the popular news sources are saying should you wish to have that perspective.

Are you starting to see the trend here?  If you want to learn something valuable from the Internet, you have to do something different.  You have to work a little harder.  You can’t just read what’s popular unless you’re most interested in regressing to the mean.

Danny Sullivan’s live blog confirms alot of what I write above.  Looks like Google plans to continue the negative marketing with a vengeance.