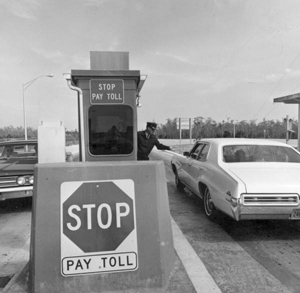 (This rant is in part based on a forthcoming detailed analysis by Spend Matters looking at the evolution of supplier networks and where networks of the future may take us next.)

In the early days of e-procurement, supplier networks emerged from a world of proprietary EDI providers, VANs and competing standards to enable basic document (e.g., PO, ASN, invoice) exchange, translation and connectivity between buyer and supplier systems for simple purchases. Ironically, these new “open” networks ended up largely being anything but. Some positioned themselves under the guise of open standards (e.g., cXML), but in operational reality, eventually became little more than a hybrid tollbooth and connection point between buyers and suppliers rather than enabling broad interoperability and non-transactional data exchange.

Once initial connections were established between organizations with these networks, some providers like Ariba raised prices on suppliers to transact and attempted to lock in new procurement organizations, requiring them to use their network for purchase-to-pay transactions linked to SaaS deployments. Despite positioning to the contrary, networks such as this have essentially amounted to low — or high, depending on the supplier perspective — cost tollbooths on the PO, invoice, ASN and ACH transaction superhighway rather than fulfilling a much broader market need.

How did organizations attempt to justify the value of networks? Many based their decisions to use them entirely on reducing transactional, per-unit (i.e., document) exchange and interchange costs, and to a lesser degree, content/catalog management and compliance validation. At the same time, they approached networks from the inside out rather than the outside in.

In other words, the initial generation of supplier networks weren’t really networks at all — they were buyer-led connectivity tools that forced suppliers down a certain path with limited network benefit. Any true network requires an equal build-up (and two-party rationale) of benefit and interest from both sides of the relationship, an equation that was lacking as companies strong-armed their suppliers into a new connectivity model, often with limited or no benefits outside of format standardization and electronic data exchange.

The supplier network promise of tomorrow will be transformative for buying organizations. I believe it is only a matter of time until open networks (with no or minimal entry barriers or forced transactional requirements) for suppliers begin to combine supplier management and other capabilities in a many-to-many fashion. These approaches will unite a number of capabilities to create new value propositions for buying organizations, from integrated supplier management and search to global transactional connectivity and standards for transactions and information exchange.

For example, to eliminate duplication of effort, some will provide a single location for non-procurement (and procurement) stakeholders to manage up-to-date supplier information. At the same time, others will offer plug and play connectivity for P2P and transactional systems of record, regardless of the overall heterogeneity of an organization’s systems environment or other existing supplier network connects.

With the advent of new network models, there will be a fundamental paradigm shift away from their simply serving as an enablement tool for applications — that can, in the case of certain networks, mandate how a relationship interchange takes place — to true applications in their own right that exist between organizations. I suspect that as both upstart vendors in the sector like Aravo as well as the Aribas and Reardens of the world figure this out, things have the potential to get very, very interesting.

Stay tuned for additional analysis and a forthcoming Spend Matters research brief on this subject.

One response to “Friday Rant: Supplier Networks Have Failed Us”