Building a halfway house to the cloud 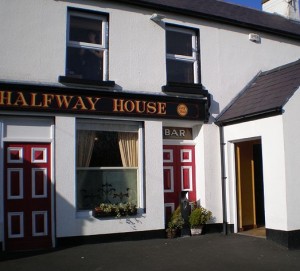 Several private clouds are now coming to market based on the Vblock technology developed by VCE, a joint venture forged by Cisco, EMC and VMWare. Last week I groaned inwardly as I saw not one, but two announcements plop into my inbox. First came Sungard’s “fully managed cloud offering”, and then a couple of days later CSC got in touch to brief me about the launch of CSC BizCloud, “the industryâs first on-premise private cloud billed as a service.”

It’s entirely predictable of course that we’ll see a surge of fake cloud roll-outs this year, and I shouldn’t be surprised to find the usual suspects eager to host them. It’s a lucrative business when, as I highlighted last year when quoting a Microsoft white paper, “private clouds are feasible but come with a significant cost premium of about 10 times the cost of a public cloud for the same unit of service.”

There are occasions, though, when even I’ll admit that implementing private cloud can make sense as a stepping stone on the way to a fully native, cloud-scale infrastructure. In the past, I’ve framed this largely in terms of the technology challenges. In conversation last week with CSC’s vice president of cloud computing and software services, Brian Boruff, I learnt that there’s also an important cultural angle. It’s simply too much of a mindset adjustment for many organizations to move directly to cloud computing from where they’re starting right now.

“I don’t think cloud computing is a technology issue. The technology’s there,” Boruff told me. “It’s a people and a labor and a business issue. BizCloud â think of it as a sandbox. They can bring it inside the data center and start playing with it.

“Two years from now,” he continued, “I think you’ll see workloads that have moved into BizCloud moving into the public cloud â but it’s a journey.”

Some organizations of course are way ahead of the crowd. Boruff spoke of three generations that differ dramatically in their attitudes to outsourcing and subcontracting. At one extreme are the first-generation outsourcers, he said. “Some people that have never outsourced are scared to death of this cloud computing thing.” Others have been doing it for twenty years or more and it’s second nature to them. “We have one client,” he revealed, “that is a $35bn multinational whose strategy over the next three years is to move everything they do into an as-a-service model.”

For those who aren’t yet ready to go all the way into the cloud, halfway-house platforms like BizCloud provide an opportunity to get some of the benefits of virtualization and automation immediately while taking time to adapt to the wider impact of full-blown cloud computing, he explained. Since CSC offers fully multi-tenant public cloud infrastructure built on the same platform as BizCloud, it will be much easier, he assured me, to move to a public cloud infrastructure from BizCloud than it would be from a classic enterprise IT environment. In the meantime, IT management buys time to transition its workforce to the new realities of cloud.

“It’s not just capital investment. Think about all the people, all the labor investment of people that are running around managing highly inefficient workloads,” said Boruff. “If you’re the VP of infrastructure and somebody’s telling you to move to the public cloud, what does the future of your career look like?

“BizCloud is a way inside of someone’s data centers to say, instead of three people doing that workload, maybe you only need two or one. Let’s retrain them to run these highly virtualized data centers and then go after some of the applications.”

While it may still cost more than a true public cloud implementation, the cost savings compared to the existing enterprise infrastructure can still be huge. Telecoms billing provider Cycle 30, an early Sungard cloud customer, is said in its press release to have “saved millions of dollars” by adopting a cloud solution, albeit without specifying how the savings were calculated.

Nor is CSC holding back customers from moving all the way to the cloud if they’re ready â whatever the hit to its own revenues. Boruff cited the example of Britain’s national postal service, Royal Mail Group, which CSC helped move from an in-house implementation of Lotus Notes to Microsoft’s cloud-hosted BPOS suite (soon to be known as Office 365). “We were charging Royal Mail Group a lot of money to run Lotus Notes for them,” he said. “We had 40 people on site. We had to get rid of their jobs.”

That kind of story probably doesn’t help make IT decision makers any more eager to accelerate their progress cloudwards. If a hybrid cloud strategy buys a bit more time to allay staff fears and manageÂ retraining and redeployment, maybe it’s not such a bad thing after all.