Having been in the software business all my life, I’m no stranger to the idea that many people think it’s okay to steal digital property.  After all, it costs virtually nothing to manufacture another copy, so the reasoning goes, and so therefore the owner isn’t out anything.  It’s an unenlightened and unsophisticated rationalization of what, in the end of the day, is still theft.

Imagine my surprise at reading Fred Wilson’s diatribe against the music industry (or perhaps one particular record label) who “forced” him to steal their music.  After all, Fred is in the digital content business and should understand all this.  But, it seems that after trying mightily to acquire a new album legally, he gave up and copied it illegally.  The album in question was being rolled out to limited media (CD) and limited geographies (UK).

The comment thread for the post is a wonderful petri dish full of the arguments pro and con for digital theft.  Andy Swan kicks it off with this wonderful analogy to Fred’s music acquisition rant: 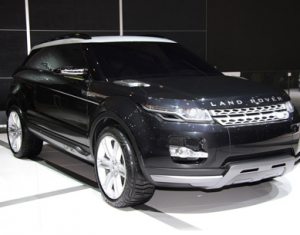 Just the other day, I was wanting a Land Rover. But it was totally messed up. The only one the dealer had available was red. I wanted black. I’m not going to buy red just to have to go get it repainted. Plus, they wanted $79,000….I didn’t want to pay that much AT ALL.

I did find out that there was one going to be released in a couple weeks in Canada, so I started looking at ways to get a fake ID so that the Canadian dealership would sell it to me. This was beyond frustrating.

So, reluctantly, I called my old high school friend, “Tommy two gloves”. He said he could have me a black Land-Rover, exactly the way I wanted it, within a few days….for $10k. It was easy, and I love the new car.

So Land-Rover—if you’re listening—it’s totally messed up that you FORCED me to steal a car. By not offering me exactly what I wanted, exactly when I wanted it, you turned me (and tommy) into a criminal….and until things change with your distribution and pricing systems, I will remain one.

Andy has mapped the twists and turns of Fred’s story perfectly, the only difference is in Andy’s story, a much more expensive physical good was stolen.  That post set the tone for what was to follow because it so effectively highlighted the opposite side of the coin, where everyone agrees the Land Rover case was theft.  The justifications from the Digital Theft appologists were fascinating.  Let’s consider a few:

Fred immediately replies, “Atoms and bits are different, Andy.  I’m shocked you don’t grok that.”  This was ill-advised, because of course Andy had no problem coming up with a bits scenario involving a couple of Fred’s portfolio companies, Twitter and Etsy.  Simply put, if bits are not valuable, neither are the portfolio companies and it would be okay to steal their bits if they make it too inconvenient to pay for them.

Andy’s point is well-taken: Bits have immense value to their creator and owners.

If oil and food could be copied, there would be riots in the streets if they were not near free.

The entire concept of property rights and ownership – hugely important ideas – is predicated on the zero-sum nature of the atomic.

When you or anyone else (RIAA / MPAA), attempt to treat the digital as if atomic, you ruin, bastardize, weaken true property rights.

His argument goes on for quite some while, back and forth, but it boils down to it being moral to steal things that others are unwilling to defend with a gun.

I have two problems with this.  First, as Andy points out, digital is what he sells, it is his livelihood, and while you may think you are doing no harm stealing it, you are damaging his livelihood.  Many of the arguments have to do with the idea that when you steal something digital, you don’t take away the right of the owner to use it.  But that argument is wrong.  While you may not diminish the supply, you have diminished the demand, and therefore taken away from the owner some of the value of the thing.

Second, to say it is part of reality that digital theft is not treated as strongly by society as physical theft is true, though we can argue about whether it should be.  To then cross the line and argue that because of that it is moral is ridiculous.  Warstler seems to think caveman ethics should prevail, and that unless someone is being shot, nuked, starved, or otherwise severely damaged, it should be ignored.  The whole point of civilization and the rule of law is to move us beyond caveman ethics and into a world people should actually want to live in.

Of course Andy calls Warstler on this, since Warstler sold a company that makes digital property, and Warstler trots out another favorite argument for digital theft:  it’s what built the Internet and made companies successful.  Hey, I am doing you a favor by stealing your property.  More people will see it and hear about it.  I have two problems with that.  First, it ought to be my decision whether to embark on such a marketing strategy.  Many have.  Warstler has said the market prices all this sort of thing in.  If so, then the market will make my competitor who gives away the free so much more successful than me that I will either perish or repent and start offering free.  Whether or not this dynamic ever plays out is my second issue.  Not one of the examples by Warstler demonstrates that the digitial property owner benefited by theft.  For example, he claims broadband came about largely because of Kazaa.  Great, and even if we believe that (I don’t), how did this actually increase the profits of the digital property owners?  It didn’t.

Here is the thing: stealing because we think it does no harm to the owner or to relieve some inconvenience or perceived slight of our own is wrong.  You can argue around it all you want, but it’s wrong.  The more you use the lack of value lost to the owner, the less justification you have for stealing it because it’s obviously a nice to have.  If the argument works for the owner, why not the thief?  You’re not stealing food to feed your starving children, you’re stealing music that you’d like to enjoy?  Sorry, my sympathy is for the guy feeding his children, not the guy who wanted more enjoyment.

We should debate the laws and whether they’re right.  I for one am not a believer in software patents.  I think they’ve caused far more harm than good.  But to decide its okay to situationally ignore the law is a mistake.  Lots of things are digital in this age, more all the time.  One could argue money is digital too, and Wall Street no doubt thinks it did no wrong in the recent economic crash.  Fred will do well to move away from this position that if a company inconveniences you enough, it’s okay to steal.  Given the nature of his portfolio, and the propensity of others to choose ever more questionable scenarios for justification than his own, he’ll find it’s costly if the laws can’t protect digital goods.

After I wrote the long diatribe above, Chris Walley did a much better job stating my own personal feelings:

Love the blog, read it often, but I completely disagree with the implication that if you want something badly enough it’s ok to do something else you don’t believe in. Forget all the arguments about bits and atoms or whatever, the fundamental issue here is about YOU being consistent with your own values. The question I ask myself in these situations is, “Are you going to let your wants and desires interfere with your personal integrity?”

Some other great points made in the comment thread.  For example, folks from all over the world welcoming Fred to their world where music and other goods are readily available in the US, but not in their parts of the world, or if they are, not for the same prices.  These are forms of artificial scarcity.  Danny Strelitz adds another:

Wait till you get in to the formats war – mp3 in 128bit or 320 bit, flac, ogg, and you will find yourself pirating like a Somali fisherman on speed, if you spend 2000K a year on music and suddenly the format you got it all is considered low quality or not working with your primary music listening device.

I am not a fan of artificial scarcity, and have written about how the market will punish you for it.  Still, it doesn’t make piracy right or a right.