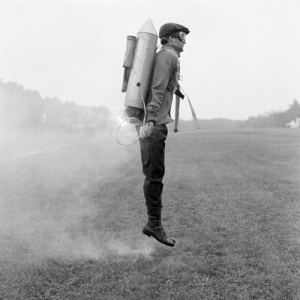 According to Michael Porter, markets have three winning strategies:

–  Best:  Build the best product in the market.

–  Niche:  Service a niche that is under-served by the other two strategies.  All markets have niches of one kind or another.

Can you guess which of the three smartphone players goes in which slot?  It’s easy:

–  Niche:  Nokia-Microsoft had better be targeting this spot, at least for now!

It’s not an unreasonable play for the two companies, although most commentators see it as a marriage of desperation.  Still, we shouldn’t let that reality steal too much away.

How can Nokia-Microsoft serve niches that are underserved by iOS or Android and go on to prosper?

In many ways, the Microsoft .NET world has grown up to be just such a world.  It isn’t really the best, despite what Microsoft or some fans might argue.  The ecosystem that places Oracle instead of SQL Server at its center has that base covered.  It isn’t the cheapest either, since Open Source of various kinds has handily taken that spot.  Instead it has grown up to fit into all the gaps these others leave under-served, and it’s worked out reasonably well for them.  Take a look at the XBox business for example.  It’s been reborn with a vengeance by the Kinect, which is a niche gizmo.  A very cool one to be sure, but it isn’t as if every single game you’ll ever want to play is a Kinect game.

Now in the phone world, Scoble has two pretty good examples of the kinds of niches Nokia-Microsoft can go after:

1. Nokia has dealers and stores in the weirdest places on earth. Places Apple won’t have stores in for decades, if ever.

2. Microsoft has great developer tools.  I will add to that they have the .NET community and ecosystem, which is under-served by iOS and Android.

Ideally, Nokia-Microsoft should look for more of these niches.  For example, Nextel created an awesome cell phone niche play by rolling up the features needed by services that dispatched their trucks, taxis, and other vehicles by 2-way radio.  Perfect example of a niche play.  Nokia-Microsoft will have a great niche if they can better serve Windows users than iOS or Android, since that’s already Microsoft’s niche and a huge one at that.

Speaking of serving Windows users, HP is showing some fascinating new developments.  For example, the ability to see your phone’s instant messages on your PC without having to go get the phone in the next room.  That’s the kind of stuff Nokia-Microsoft should be doing for Windows.  The question in my mind is where does this leave HP?  They’ve decided to go it alone, even talking about Notebooks without Windows.  The demonstrations they’re showing are spot-on the kinds of things that under-served markets love to get their hands on, so I would say that what we are going to see is a real dogfight between HP and Nokia-Microsoft because neither has much chance of usurping Apple or Google from their Best and Low-Cost plays.

What’s also interesting is we will see the play between Vertical and Horizontal Integration and Partnerships.  Andy Kessler wrote a great article at GigaOm on Ken Olsen, who recently passed away, that talks about how DEC lost the war by trying to be too vertically integrated like IBM.  They wanted to do everything soup to nuts.  I don’t agree that this was DEC’s only problem–they also faced the horror of rebuilding their whole channel to work the way the emerging retail world operated instead of via Direct Sales.  Faced with that, most companies give up.  It means taking a real dip before you get back to ascendency and throwing away many core competencies while you learn something new.  Nevertheless, it was a factor, and one to consider for HP, who are assuming they can go it completely alone.  Yes, there is an installed base, but that’s about it.  Nokia-Microsoft can at least hope to rally a broader ecosystem around their axis which is crucial when dealing with a platform like a mobile phone.

As I was reading fellow EI Vinnie Mirchandani’s take on the whole thing, I was reminded that this is a wonderful study in when to be a polymath (vertical, doing it all) and when not.

The Polymath, who is expert at all the key areas needed for a project, has the advantage in producing the Best because they avoid all of the cruft and friction of fitting together two areas of expertise when the experts don’t speak each other’s language.  Apple may be the world’s foremost example of this, at least in terms of visible consumer products.  In terms of being the Low Cost Provider, there will certainly be opportunities for the Polymath because there are savings to be had in avoiding the friction of fitting together.  However, the advantage is not so great.  The reason is that Best has to start out Best and stay that way.  There is therefore very little time to learn and evolve your way to Best.  Low Cost is always looking for incremental savings.  They can learn their way past their lack-of-Polymath.  For many years, I think Dell would’ve made a fabulous example here.  They outsourced so much that they were basically marketers and component specifiers.  They did not have the Polymath knowledge of a great many things and didn’t want it.  I don’t know if they are still the masters.  Because one can learn to be lower cost, it is a less defensible barrier.  As for the niche, this too seems like an excellent Polymath domain.  Niches often come about because the Best and Cheapest players just don’t know enough about the niche.  The Polymath has to span that gulf in domain knowledge.

It’s going to be interesting to watch the Nokia-Microsoft and HP gambits unfold.  Probably the biggest obstacle against them is time.  Nokia-Microsoft are talking 2 year time scales at a very pivotal point in the Smartphone era.  That’s a long time to wait!