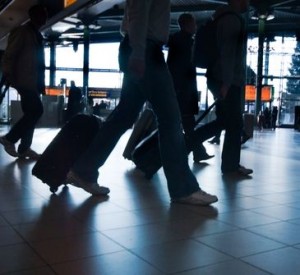 Rawn Shah just started reading my book and came across a section I title “empty calories in infotech”. One of my roughly 20 examples of low-payback spend is IT consultant travel. Rawn works for IBM’s software group, but has plenty of colleagues on the services side (IBM, after all is the largest outsourcer in the world) and wrote a thoughtful post about it on the Forbes blog. Thoughtful, yes but somewhat narrow POV – he primarily concentrated on the travel expense portion of the issue and on the potential telepresence solution.

First the relevant section from my book:

“Another problem in the SI world is consultant travel. That often adds another 15 to 25 percent to base fees, which are already high to begin with. The common reasoning is “ We are bringing the best talent to the project. ” Often, the reality is those consultants are available, and on the bench. The traveling consultants usually have a Monday – Thursday
on – site policy, which forces the entire project to adjust to a four – day workweek. There is a reason why it is nearly impossible to get an upgrade on most U.S. airlines on a Thursday night. Consultants who fly weekly qualify for elite levels, which get upgrade priority. Over the longer term, some clients also report health and other productivity issues with
consultants who travel that frequently. SIs implement constraint – based solutions for their clients all the time, so implementing a staffing model that constrains their own travel would not be difficult. Many SIs are implementing telepresence for internal communications but have not shown much initiative in using it on client projects and cutting back on project travel.”

a) The issue is much bigger than the travel cost.

While an additional 15, 20, 30% of fees in travel costs is not to be sneezed at, there is the issue of consultant fatigue and health.  Travel is not fun – not just talking about the pat downs. Now visualize its impact on consultants who do it week-after-week, year-after-year. If you saw Up in the Air, you saw the George Clooney glamorized view of frequent flying and even he is beat down towards the end.

So most services firms have moved to 4 day a week at client-site policies, but its impact is significant on client projects.  As I wrote a while ago “To be able to bill at least 40 hours per week, consultants will frequently work 11 to 12 hours on Tuesday and Wednesdays. But are they really productive for such long hours (especially after travel fatigue)? Also, what happens during project “crunch” periods where weekend support may be required? Few consultants work on the client project on Fridays – they do their chores, work on sales proposals, undergo training. This often causes morale problems with client employees – they expect slacker Fridays too. I have advised some clients to negotiate based on daily rather than hourly rates, and only pay for four days a week. Also to stagger – some consultants off Mondays, others Friday so there is coverage throughout the week.”

b) How about local staffing and solution centers?

There really is little justification to fly in each week a bunch of mid level or junior consultants. There should be enough talent which is local so can drive in. For clients in major metro cities in particular, local (or those who could drive or take train on Mondays and Fridays) staffing should provide the bulk of the team.

Also, what about centers of excellence in the many solution centers outsourcers tout? I mean many clients are used to working with internal shared service centers and with offshore vendors who staff 60 to 80% of their projects at remote sites thousands of miles away. Many development, testing and other activities can be concentrated in such centers.

c) And, yes, how about applying contemporary technology to an old problem?

The problem is not new. One of my most quoted lines as a Gartner analyst in the 90s was “Consultant travel costs on many ERP projects exceeds the license cost of the software” A decade and a half later we have much better communication, collaboration, constraint-based modeling capabilities available to use – if the services industry chose to put its focus on the problem.

Think what a nice Social Business case study IBM could present about how its consultants collaborate and communicate with clients using modern tools. Think what a nice “Smarter Planet” commercial IBM could have if it showcased how it saved its clients tens of millions in consultant travel costs. Having George Clooney in it would be a really nice touch 🙂