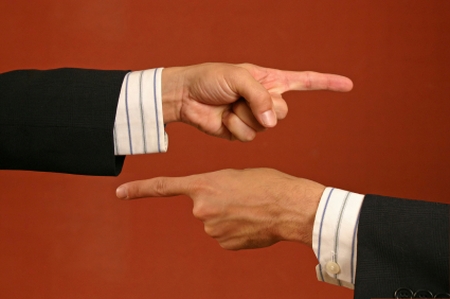 The UK’s second largest auto glass replacement company, Auto Windscreens, ceased operations, blaming IT failure and lower 2010 revenue as the cause. The company was forced into administration, which is similar to bankruptcy, by the UK tax authorities.

Although the administrator blamed a failed enterprise implementation, the extent to which software created the company’s difficulties is unclear.

The Financial Times describes what happened:

Administrators appointed to the Chesterfield-based company on Monday have told its 1,100 staff to stay at home pending a sale, leaving customers to look elsewhere for urgent repairs.

Auto Windscreens is the second-biggest operator in its sector and serves major motor insurers, fleet businesses and private customers. It has a network of 68 fitting centres across the UK, 550 mobile units, a distribution centre in Birmingham and a central call-centre. Its annual turnover is about Â£63m.

âDelays in implementation of the IT systems, coupled with lower than anticipated revenues in the final quarter of 2010, had led to cash flow pressures,â said [administrator] Deloitte.

Responding to my request for information on the software situation, Matt Cowlishaw, a Deloitte senior manager overseeing the disposition of Auto Windscreens, said “No interview on this. No comment either.” Despite Deloitte’s silence, I have pieced together information about Auto Windscreens system landscape.

The LinkedIn profile of a former Finance Manager at Auto Windscreens states the company successfully implemented Oracle financials, but had trouble deploying Oracle inventory (and perhaps other modules). As shown in the relevant profile, below, the Oracle project was probably quite troubled. Note the term “disaster recovered:”

Although Oracle posted a customer case study (February 2009) about Auto Windscreens on its website, that link is now dead. However, I obtained a copy, which you can read here. The case study says Auto Windscreens used “Oracle On Demand to ensure around-the-clock monitoring for call center applications and back-office systems, supporting time-critical repair and replacement service”.

Maas told me that Auto Windscreens changed systems due to “problems with Oracle, including lack of support.” Asked about current Metrix implementation problems, Maas said he is not aware of any “open tickets or unresolved issues.” He added that Auto Windscreens new financials system, which he said is Microsoft Dynamics NAV, could be related to the current IT troubles.

Although the Metrix website no longer lists Auto Windscreens as a customer, here is the Google cache page: 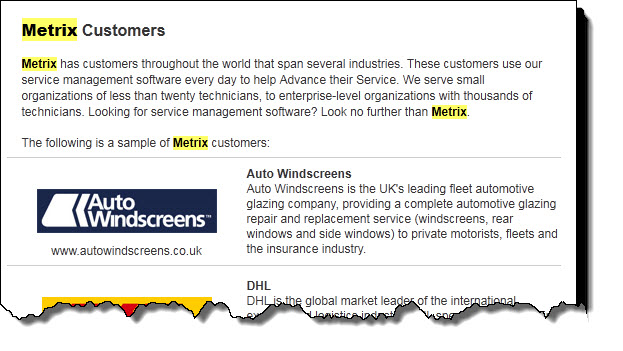 IT FAILURE AS A SCAPEGOAT

Consultant James Crowter, who bid on Auto Windscreens’ software implementation, offers insight into what may have happened:

Service companies like this are totally dependent on having the right stock in the right place at the right time to win each job.

When you need a piece of glass you generally donât want to wait because if a competitor can do it quicker youâve lost. This leads to a tendency to hold thousands of stock lines âjust in caseâ, which ties up vast amounts of cash. But if you donât have fast and accurate reporting on what is happening you tend to end up tying up cash with the wrong parts that never move.

That this is the root cause of Auto Windscreens’ failure was confirmed by the administrator. Deloitte cited cash flow problems – caused by lower-than-expected sales revenues at the end of last year – and delays in putting a new IT system in place, which was part of a major restructuring.

[The Administrator] blamed the problems on a delay in implementing a new IT system. But a source told The Sun: “They’ll say it was down to the IT system but it was badly mismanaged from the very top.”

Auto Windscreens is not the first company to blame IT for business woes. For example, in an analysis of giant clothing retailer Levi Strauss, I wrote:

[The company] blamed a substantial drop in quarterly net income on problems related to its ongoing ERP implementation. Following that report, several observers suggested the company used IT failure as an excuse to deflect attention away from deeper and more significant financial challenges.

As another example, emergency equipment manufacturer, American LaFrance, claimed that IT failure on IBM’s part forced the company to declare bankruptcy. My analysis disputed that view, stating that management missteps from both IBM and American LaFrance multiplied the negative effects of a market downturn. American LaFrance appeared to use IT failure as a convenient excuse to over-simplify broader business problems.

We can see another instance of apparent IT scapegoating at mattress retailer, Select Comfort. From my blog analysis:

Accounting industry watchdog, Francine McKenna, brought this issue to my attention with an important question:

It would be interesting to examine IT project failures to see how many of these companies later received âgoing concernâÂ opinions by auditors. Did IT failure precipitate total business collapse or did faulty IT projects mask other, more serious business issues?

In an email, Francine added:

IT failure is often a symptom of management that doesnât prioritize; properly allocate resources (time and money) to whatâs important for long term business health; and canât delegate or manage complex, multiphase initiatives.

This correlates strongly with a kind of âinstant gratificationâ management malaise, where a company uses tricks and techniques to control its short-term financial results. These folks donât focus on long-term fundamentals and often avoid taking responsibility for problems of their own creation.

My take. For some organizations, IT failure offers a handy means to deflect attention away from underlying business issues. In this case, it seems Auto Windscreens’ plight resulted from a business downturn and cash management problems.

Thanks to ZDNet colleague, Phil Wainewright, for bringing Auto Windscreens to my attention. Image from iStockphoto.

One response to “1100-person company goes bust: IT failure or mismanagement?”