Just got back from a few very refreshing days off in Phoenix – with my son – and my Apple ($AAPL) iPad – but sans laptop.

Ironically, I was asked to do a press call with Crains’ yestrday discussing the potential for business apps on the iPad.  Since I was a firsthand case study, I spoke from experience, and was relatively pessimistic on the idea of the iPad as a true business device. As I described to the reporter, the iPad is a wonderful entertainment device but rather painful for getting any real work done. 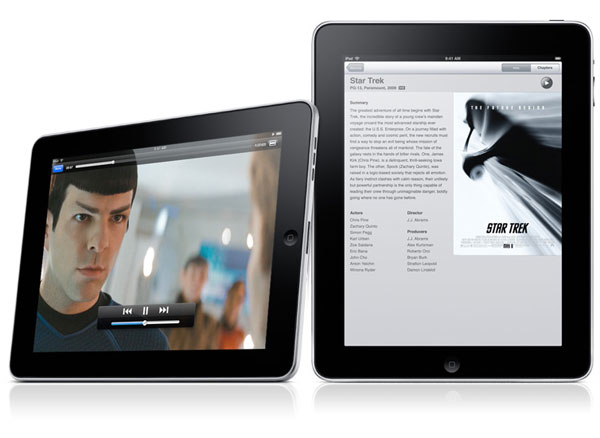 Don’t get me wrong – I love my iPad. It worked wonderfully for reading Amazon ($AMZN) Kindle books, catching up on a few flicks and importing and sharing photos.  However, getting real work done was another story – fortunately I thought ahead and brought along a keyboard dock which essentially made it a mouse-less PC, albeit with fewer apps and limited flexibility.

On the flight home (and yes, on my iPad) I happened to this piece in Barron’s which essentially made the same argument – that tablets are wonderful devices for consumption, but not necessarily so hot for creation.

Duck season! The way we use computers is on the precipice of a major change, which should be cause for rejoicing throughout the land. Unless, that is, you’re an investor in the shares of personal-computer industry suppliers, in which case you might be holding sitting ducks.

This year quickly is turning into the Year of the Tablet, as a report by Morgan Stanley declared last week.

Which got me wondering – what is the percentage of consumption vs creation that goes on on today’s computing devices? As Barron’s suggests, I’m willing to be that it heavily skews toward consumption – i.e. that there are many more people reading the great American novel on their Kindles than writing it.  And even more waiting for the movie version to come out.

Which is exactly why, though the tablet market will almost certainly experience both a glut of new models and resulting price drops (as I just argued on Focus.com), it is still a market that has legs from a volume perspective.

In other words, if you’re selling ‘entertainment PCs’ and/or distributing computers through the lower end of the retail channels (I suspect few of those aspiring Great American Novelists shop at Wal-Mart $WMT) you’ve got a major problem. The iPad is still a high-end and relatively exclusive device, but here comes Google ($GOOG) Android with the commodity hardware providers. Which also isn’t good news for Microsoft ($MSFT) who has been surprisingly quiet on the tablet front while former partners like Dell ($DELL) (Google ($GOOG) Android) and HP ($HPQ) (recently acquired Palm WebOS) push in other directions.

So while I didn’t find working on my iPad to be a very good experience, I’m bullish on tablets (and bearish on laptops) because that’s not what most people are doing with them anyhow.

It’s a bit early to be thinking about Christmas but the ‘PC’ market seems to have further – maybe much further – to fall.

One response to “Tablets & Laptops – Consumption, Creation & the Replacement Cycle”