Meet the new guard, same as the old guard 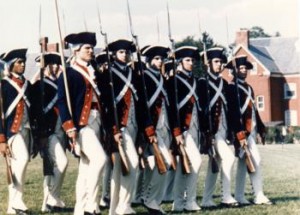 It is fitting that a new age CEO, Zach Nelson of NetSuite will kick off this evening’s event at the Churchill Club where Scott McNealy and Ed Zander are featured. Scott and Ed will undoubtedly talk about how Sun and Motorola are being redefined – Sun as part of Oracle and Motorola in the new world of Android devices.

I hope they also talk about HP and IBM. HP under new management seems invigorated. While much recent attention has gone to the reborn Palm division, I was impressed at the breadth of research reported in the recently issued HP Labs annual report. Its not just about milking the traditional printer cash cow – plenty of cloud computing, analytics, social media influence, sustainability and other focus. IBM has been making its own waves with Watson and its Social Business focus.

Will IBM be successful at “applications beyond trivia” as Michael Cote terms it? Will both HP and IBM be able to drive much needed productivity through their bloated services groups? These are clear challenges but compared to the trajectory both were at just a year ago, you can sense significant change in the air.

Talking about services, KPMG’s acquisition of EquaTerra brings even older players back in the fray. Deloitte and PwC are similarly helping companies evaluate IBM, HP, Accenture, TCS, Infosys and other service providers.  Seems like just a few years ago, these accounting heritage firms were competing with them for outsourcing business.

All over the Middle East the old guard seems to be moving out. But in California, we have a new-old Governor. In Haiti, the old leader has come back home. In my city of Tampa, the former Mayor is running for the office again at a tender age of 77.

Old, new – keeps life interesting. Like Scott McNealy’s trademarked wisecracks, which I hope we hear plenty of this evening 🙂