Friday Rant: Alibaba — When Forty Thieves Fall in the Forest, Does Anyone Care? 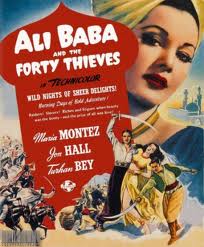 Early this week, Alibaba announced that two of its executives resigned after admitting to participating in the “systemic breakdown” that enabled the company and suppliers to defraud Western buying organizations and individuals. According to a news website in China — which we should read with a healthy dose of skepticism, given the Chinese media’s inability to report all sides of the news for obvious reasons — the dismissals follow “a probe that discovered more than two-thousand suppliers defrauded customers … More than 2,300 companies, registered in 2009 and 2010 as ‘Gold Suppliers’ were found engaging in fraud against buyers.” On Alibaba’s supplier directory, gold suppliers position their track record and trust with supposed buying organizations. Yet these suppliers did not exactly meet any type of gold standard (even Chinese gold, laced with lead, melamine and just about any other substitute material you could identify).

In practice, “The companies often lured overseas customers into paying for consumer electronics. But after the payment arrived, no goods were delivered.” A more objective news source outside of China further describes those involved with the fraud and the specifics themselves: “CEO David Wei and chief operating officer Elvis Lee, who were not accused of wrongdoing, resigned to take responsibility for the ‘systemic breakdown’ of integrity.” As part of this breakdown, “the frauds would typically involve vendors offering small quantities of electronics at attractive prices.” Moreover, “the investigation found that about 100 of the company’s 5,000 salesmen, as well as some supervisors and managers, were either intentionally or negligently allowing the vendors to evade the company’s authentication and verification measures to form ‘fraudulent storefronts’ for international customers.”

Spend Matters readers should not be overly surprised that an overseas marketplace and small vendor storefront like Alibaba would engage in such activity. After all, the boiler-room sales tactics that marketplaces employ often employ with suppliers that we’ve heard about, such as making false promises that Alibaba is the web homepage/launch page for thousands of Western buyers, would certainly carry over to behavior on the buy-side as well. Frauds are frauds, however small or large individual lies are when it comes to commercial activity of any sort. Yet I’m not convinced that the fall of Alibaba and the more than 40 thieves it employed really matters much.

After all, when a tree falls in a forest, and no one is around to hear it, did it really happen? I don’t know a single medium or large-sized Western procurement organization that uses Alibaba on any regular basis. At best, it’s one of many supplier directories to identify certain types of suppliers before an initial pre-qualification process (even before an RFP/RFQ). But in reality, few I’ve ever met with global sourcing role ever have used the site. And no one I know has ever looked upon supplier ratings on the site with any credibility whatsoever compared with supply risk content providers (which also come up short globally, but that’s a topic for a different post entirely).

Those who should be taken aback by the frauds at Alibaba are the hobbyists and cottage-industry importers that use the site because they don’t have any other means of identifying and sourcing from global suppliers (which is reason enough to buy from a credible domestic source or local importer vs. a trading company that’s likely posing as a Chinese manufacturer). Hopefully, this will serve as a wake-up call to them about the risks of relying on global supplier directories for more than what they were ever intended — as a means to develop an initial list of suppliers prior to further screening, on-the-ground audits and sourcing activity.