I went to a preview showing of a new SAP product last week, and had about the most fun I’ve had an analyst event since….well, if I had more fun than I had at last week’s event, I can’t remember.

In the process I got to see the product up close and personal, and it looked really nice. While that’s not really  meant to be a “and by the way, product X was really nice” – there’s an embargo on the news until tomorrow, so I’ll have to be circumspect — I have to admit that they way in which we were shown how the product works was perhaps as significant as the product itself.

That’s because SAP chose to “gamify” the presentation of product X to the analysts: the SAP team very cleverly used the doldrums of the post-lunch digestive phase to stage a game in which the analysts were teamed up and then competed to take the product through its paces. We were given some very rudimentary tasks  that gave everyone a good sense of what the user experience of the new product looked and felt like. There were bugs, there was confusion, and there was a ton of fun to be had in the process.

Most importantly, there was engagement at multiple levels. We engaged with the product, we engaged with one another, we collaborated, we competed, and, here I am, a few days later and still under embargo about the product itself, mulling over how what I saw and what I experienced is still fresh in my mind.

This is the promise of gamification, the latest buzz word to rage around the technosphere. Gamification is fundamentally the process of taking the engagement mechanisms we find in games – rewards, punishments, excitement, drama, competition, collaboration – and “plugging” them into our day to day lives. 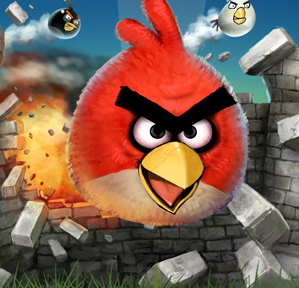 A game is “Angry Birds”, a gamified user experience is one in which the user is having fun by being challenged  and rewarded for his or her actions. The challenges and rewards come in a many different forms – called game mechanics – that borrow from the world of online games like Angry Birds as well as offline games like Solitaire. The goal is to make “work” enough like a game to be as compelling and engaging as a game, but with an outcome that has measurable benefit beyond pure fun.

Which is exactly what took place at the product X preview last week.  And it worked. And if gamification can work in taking a product demo to the next level, imagine what it can do for, say, purchase order processing.

SAP has been looking at gamification for a while, and is beginning to make a run at the concept in its development work as well as in analyst events. SAP’s Community Network site has a number of references to recent gamification activities that are on-going at the company. One of SAP CTO Vishal Sikka’s team was at  the recent Gamification Summit in San Francisco, and the company recently had a talk by Stanford professor Byron Reeves, author of a book on the subject of gamifying the enterprise.

What does SAP see in gamification? The above SCN link says it all in its first header: “Gamification or How to win 1 billion Users until 2015.” This is the basic concept underlying SAP’s moon shot quest to reach a billion users: If you want to get people to be deeply involved in an activity, you can either coerce them or find a way to engage them in a more positive manner.

The old model that the tech industry has followed has been mostly coercive: users are forced to engage with their enterprise software because the boss said so, their job performance demands it, and they basically have to or else. The new model says that people should be engaged with enterprise software because they want to, because it’s compelling, because it’s – gasp – fun.

Why gamification is having its heyday has to do with the raging success of online gaming (which, in this context I mean games like World of Warcraft or Farmville, not the other gaming, which involves gambling and other vices.) Not only are games like WoW, Farmville, and Angry Birds popular, but they have spawned enormous online communities where the amount of time spent on community activities – chatting, forming teams, sharing tips, bragging, etc. – vastly exceeds time spent actually playing the game.

Translate this to the enterprise, and suddenly the notion of reaching one billion users puts the word “reach” in a different perspective. If a company like SAP can not just reach these users, but engage them in a gamified experience that is compelling and fun, SAP can potentially can make users something more than just users: they can be participants in a community environment where that old coercive model of engagement is a thing of the past.

The trick is that gamification is hard, coercion is easy. It would have been so much easier if SAP had just lectured the analysts into a stupor, instead of taking a risk and engaging us in a game. Of course, the results of gamification are vastly different, and SAP took a risk in getting the analysts so deeply engaged in the product – after all, playing a game around a bad product will only serve to reinforce a negative experience. But, regardless of the tenor of the analysts assessments that will come out tomorrow, it’s clear that all of us writing about Product X can do so from a rare position of knowledge, gained from the gamification of the knowledge acquisition process.

A little fun can go a long way, especially in the enterprise.