Power to the People? 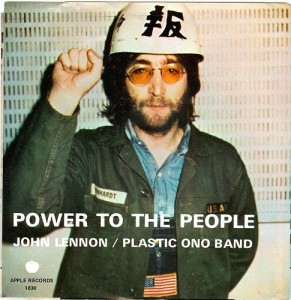 Now like never before, transparency is allowing for a shift of power from corporations to the people.

What a crock of shit… if anything the regulatory actions that were supposed to lead to more transparency have only created more opaqueness.

Has SarbOx created more financial transparency or reduced the prevalence of corporate fraud? Hardly, in fact the financial meltdown that began in 2008 has proven to be dramatically larger in scope than the last bubble collapse, in spite of SarbOx. Looked at corporate financials lately… can you really say that these filings are an indicator of corporate health?

How about financial services companies… are we feeling transparent yet? Fannie and Freddie are financial black holes precisely because of the deliberate efforts to rebuff calls for transparency. Want to feel good about transparency in action… check out MERS.

GM and Chrysler… how has transparency worked there? The government screwed bondholders out of billions of dollars to the benefit of union pension funds and both companies are back to their old tricks, sucking on the exhaust pipe of trucks and SUVS while stuffing their dealer channels with far more vehicles than can be sold.

Insurance companies lobbied the Congress and White House to get healthcare reform passed and not because it is good for you and me but because this legislation mandates that every person buy their product. Transparency.

Airlines tack on fees for every imaginable flying essential… like fuel and food, yet do they lower fares when fuel prices decline? Transparency.

My local trash hauling company raised their rates 18% in one year, citing the new recycling center, yet do they disclose how much revenue they generate from all the recycling they collect. If so, news to me.

Shifting of power from corporations to the people… yeah right. I am a capitalist in the truest sense of the word, I believe governments pervert the free market and ultimately restrict access to markets (exhibit A: the FCC… how many telecommunication companies do we have these days?). Having said that, the current state of affairs insofar as corporate accountability to shareholders and the citizenry is at an all time low and far from there being more transparency in the business world, the opposite is true.

I also believe that government regulators end up getting gamed by the industries they are chartered with regulating because of the revolving door nature of jobs on each side of the table, and the result of this gaming is that the incumbents in any industry have far more power than if competitive market forces were allowed to prevail.

Power to the people…. right.

Done with my rant, back to regular programming…