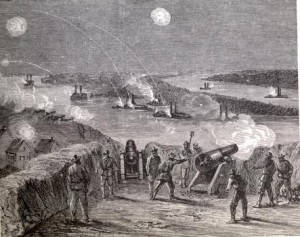 Certainly a meme going around lately suggesting that Google ($GOOG) is under attack from all sides.

Leigh Drogen’s (@ldrogen) tweet this morning led me to Justin Paterno’s (@zerobeta) post which both do a good job summarizing the issue.

$GOOG is being attacked from every angle.  When you sit back and ponder it, can you picture a company more under fire from competition from so many huge competitors

But is anybody really surprised by this? A company that has become so powerful – and wealthy – is being attacked? Of course they are.

At the same time, Google isn’t exactly helpless – they’re giving as good as they’re getting – just ask Apple. Who, of course, will be firing many cannons today in the Great Tablet War of 2011.

Google’s fastest growth days may very well be in the rear-view miror – they’re far too big and far too central to practically everything going on online (with the notable and critical exception of Social where Facebook is taking them to the woodshed) to not attract aggressive, well-funded and significant competitors.

But while there’s little doubt that Google is on the same long-term trajectory as Microsoft ($MSFT) – whether or not the former is a value stock, the latter almost certainly is – being ‘under siege’ is a lot different from being over. Google’s not, by a long shot.