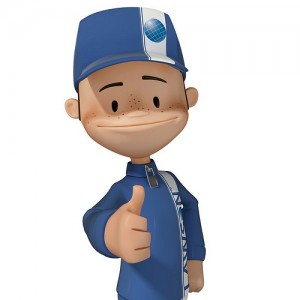 A colleague once remarked to me âSoftware companies come and go but software products last foreverâ. Essentially, heâs right. The products often live on and on. Whether the acquirer does anything with the products except collect incremental license fees and maintenance monies, the products live on.

Lawson Software (LWSN) may soon join the list of acquired software firms. Apparently, the company has received an unsolicited tender offer of $11.25/share. Actually, âunsolicitedâ may not be correct as some sources indicate that the company was already in play. On March 8 of this year, Reuters indicated that Barclays was retained to find a buyer and that several high-tech firms were potential suitors. The article also identified Infor and Golden Gate Capital as potential suitors. Reuters either had some good sources or made an educated guess given how many software deals Infor has done in recent years.

A week later and we know that Infor and Golden Gate Capital are behind the current offer.

In June last year, I wrote about how Carl Icahnâs new stake in Lawson could mean any number of potential scenarios would unfold for Lawson.

In June, I cautioned firms considering a Lawson software deal to get material change of control language inserted into their contract. I hope someone heeded that advice.

If you donât already know it, Infor is a major software player that has, by merit of acquisitions, become the owner of software product lines from: Baan, Walker (aka Elevon), Software 2000 (aka Infinium), SSA, Mapics, Marcam, and GEAC.

Reading all of these software company names makes me nostalgic. Many of the high flying ERP vendors of the 1980s â 1990s are on that list.

What does all this mean? Here are some potential scenarios for people working at Lawson:

– The acquired firm will see some paring of its operations. Expect the Marketing and back office groups to see cuts in total budget and headcount. These cuts would help cut short-term costs and help the acquirer achieve a better return, short-term, on its investment.
– The Product Development group could also face cutbacks.
– Sales will be left alone but making sales to prospects post-acquisition could be tough. Prospective customers may defer decisions as they wait for clearer direction from the acquirer as to the future of the company and its product lines. Delays in sales closings could make life tough for these sales pros.

I’m not sure just how much cutting can be done at Lawson. A few years ago, a fair bit of their product development may have already been sent offshore. They really need a cloud solution (beyond a hosted version of their on-premise software) but this acquisition may be a sign that even the board realizes they’ve missed the market for a true cloud, multi-tenant product. A sale may have been the best alternative to an expensive product investment cycle.

For customers or prospective customers, Iâd be really cautious. I suspect Lawsonâs product line could be sold in whole or part. The new owners, for example, may not want the Intentia product line. Do you really want to license a product that could get flipped to an unknown buyer?

Iâd also be worried that the new owners may have a different timeline for delivering new enhancements, upgrades or products than what the previous owners had communicated. You received assurances from management that may not survive the acquisition. Now is the time to dig out those contracts and see what leverage you have. If all you have is a salespersonâs word and a handshake, youâre in trouble.

Charles (Chuck) Phillips is now at Infor. He oversaw a massive number of acquisitions when he was with Oracle. Charles gets it when it comes to handling an acquired firmâs install base. I would be surprised that Infor would botch this acquisition if they get a chance to complete it.

However, when software mergers come with promises of delivering a new integrated or re-written product line, realize that the track record for these promises in the industry is very spotty. Itâs easy for a vendor to craft a âvisionâ for a new product line but itâs considerably harder to deliver it (and harder still to do so in a short amount of time).

I mentioned nostalgia a few paragraphs back. I miss the old Lawson Software â back when folks like the Lawson brothers, Mark Galloway, Judith Rothrock and many others used to be there. This deal pushes the company further away from its original roots. The old Lawson was a real competitor to JD Edwards on the IBM System 3X/iSeries platform for years. The old Lawson had one the very first all web, zero client footprint solutions. But, then the company went a different direction and now that company is taking a very different direction once more.