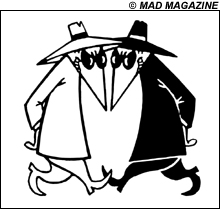 I have to admit: when Scoble blew up over the idea that the Facebook comments adopted by Techcrunch might reduce authenticity, I was convinced he was wrong.  The premise is a simple one: the Facebook commenting system forces you to leave comments under your real name.  The theory is that a lot of people will be afraid to say what they really think for fear of angering Techcrunch, which can make or break startups with their bully pulpit posts.

But then I happened to notice a weird thing in Eric Schonfeld’s Techcrunch article lambasting Adobe’s Wallaby for being weak.  It was the usual sort of Apple Fan Boy post you see so often on Techcrunch and a few other places.  He hated Wallaby, a Flash to HTML 5 translator, because it has limitations on which Flash features it can translate and there are bugs that can crash the browser.  Never mind that said limitations might be limitations of HTML 5′s current maturity not to mention the crashing of the browsers when fed HTML directly conflicts with Steve Jobs assertion that it was Flash doing the crashing.  I didn’t really expect much, but being a Flex developer and a great fan of the platform, I was out reading the articles on Wallaby and this was the only negative one I saw in my Google Reader.

One of the posters, Steven Sacks (hey, we get to know his real name), points out:

Ever since TechCrunch switched to Facebook comments, all their anti-Flash posts have a slew of comments supporting Flash. Prior to this, all the anti-Flash post comments were predominantly anti-Flash. Good to see all those anonymous posters don’t have the guts to post under their real names AND can’t write negative comments under numerous names.

Sure enough, there were a ton of comments, all but one were pro-Flash and very negative on Techcrunch as I write this.

That’s fascinating.  OTOH, I look at Scoble’s argument, and it seems obvious that if you can’t be anonymous and you want to say something negative, you might hesitate.  But here were folks not afraid to use their real names when trashing the mighty Techcrunch, and they were nearly all pro-Flash.  Where had all the Apple Fan Boyz in the commenting audience gone?

So far, I only have two working hypotheses:

First, maybe the Apple guys just didn’t get there yet.  Only problem with that is that the Techcrunch post went out several days ago, so they had time to mobilize.  That hypothesis is looking sketchy.

Second, maybe Techcrunch was being gamed.  What if a whole bunch of those anonymous Fan Boyz were actually just a very small number of people who disappeared once the veil of anonymity was no longer available?  Wouldn’t it be fascinating to know who they were?  Employees of an Adobe competitor even?

It’s fascinating to consider the impact on perception if you can scare up a virtual cyber mob any time you want to say anything you want and nobody is the wiser.  Maybe we’re seeing some evidence that just as there is Black Hat SEO, there can be Black Hat Social Too.

I actually don’t think Facebook is the cure for bad comments, but the dynamics we see here are fascinating.