I was talking to Chris Murphy at InformationWeek recently about the theme of my next book. He talks to CIOs all the time and is on top of most mega trends in the industry. He agreed most industries are looking at “smart products” for their sector but most IT does not view product development as a top priority- yet. It still is primarily focused on process efficiency as his column of March 12 shows. I agreed with him in several companies, R&D or Product Engineering has the lead for technology embedded in products not IT.  Daimler, for example has over 1,000 software engineers in R&D, as different from those in corporate IT.

Chris and I both came to the same thought almost simultaneously – by God, here is the chance for IT to finally deliver strategic advantage after decades talking about it, but it is not stepping up or not being allowed to. And I do mean talking about it for decades.

When I started my tech career in the 80s, everyone worshipped American Airlines and its Sabre reservations system and American Hospital Supply’s electronic order system for hospitals to use. They defined competitive advantage and revenue impact. Then, gradually IT was pushed more and more into back office and compliance roles. When Nick Carr pointed that out in his “IT doesn’t matter” article in 2003, we challenged and mocked him but the reality is little of IT was delivering strategic advantage and much of it was in empty calories – overpriced software maintenance, project overruns, outrageously priced printer cartridges and mobile roaming charges. 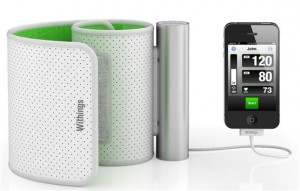 Even today, the excitement is about clouds, mobile and social technology. True the stuff is far more interesting that what IT spent trillions on for years prior. But it is still not about creating unique products and related revenue and competitive advantage. CRM advocates will often say customer centric technology enhances revenues. Really? Do customers tangibly pay you more or less because they are impressed/unimpressed with your Siebel or SocialCRM system?

Someone recently said the introduction of the iPad finally woke up many CEOs to the fact that Apple had been missing from their IT budgets for a long time. But that was 2010.

By 2012, CEOs will no longer want us drooling over every new feature Apple or Google or Facebook delivers. They will be asking where is OUR smarter infusion system, furniture, apparel and more for the Apple, Google and Facebook educated customer.

That is the big opportunity – and challenge for all of us. Revenue from technology enabled products. Exciting times.