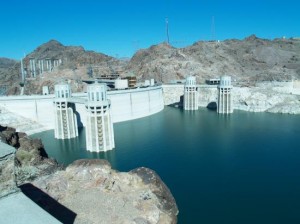 Groupon at $6 billion, for what, coupons? Twitter at who knows how much more, for what, stray pulses of thought? CornerStone OnDemand at 10 times revenues? How much of that is for the words “OnDemand” cleverly tacked onto the name?

Are we in the middle of a cloud boom? And if so, can we learn anything from the last big boom, the dot-bomb?

Well, I remember the last boom pretty vividly–I was young and foolish back then–and I would like to offer, if not sage advice, a way of thinking about these companies that at least help you separate them.

I’m going to use as Exhibit A, a rather smurmfy story that was circulating a few weeks ago in the financial community. Marc Benioff calls up Dave Duffield at Workday and says, “How much?” Dave says, “$2 billion.” The person telling the story intends for you to be shocked, shocked, but just in case you missed the point, he closes the story with a snide comment: “$100 million in revenue, and they want $2 billion? Time to sell cloud stocks.”

Now, I don’t believe that this story actually happened, for two obvious reasons. Reason #1. Both people have the good sense to keep the story to themselves. Reason #2. Well, wait until you get to the end.

But first, let me tell you about Workday.

Workday is a SaaS (cloud) company that does full-suite (HR, Payroll, and now Talent), global HR on an object-oriented in-memory database. It is run by two of the smartest people in the business, and since they cared about HR, they recruited many of the best people from PeopleSoft, which at one time had the best HR and Financials package out there. I’m not a super HR geeko dweeb genius–you know who you are, Naomi–but I’ve seen the package many times, and I’ve talked to them often about what they’re trying to do, and as far as I’m concerned, they’ve got a better mousetrap. They do HR (for their target market) better than anybody else in their space.

Now, when Workday was being started, they decided early on that they would build a product for big, global companies. They had done this once before at PeopleSoft, as I said, so they understood the challenges. Privacy laws, getting the addresses right worldwide, languages, expats, payroll, you name it. Hard stuff (and, I might add, not done entirely successfully the first time around). This time, though, they figured that their cloud-based, object-oriented, in-memory technology would be way better able to do all this hard stuff than what they had the first time around, plus, as it turns out, it would be highly buzzword compliant.

Have they gotten there? Not yet. But so far, so good. They’ve recruited one global client, Flextronics, and installed the package worldwide. There are issues, there are complications. But they’ve got a pretty good proof point, and now, they’re trying to sell it to and install it in other large, global companies who happen to want better mousetraps in HR.

So what do you think? Is this one-third as good as Groupon? One-fifth? As good? Or, as the smurmfer seems to suggest, 1/20th of what Groupon is worth, max.

Well, let me suggest a way of looking at this question. And please, the usual disclaimers. I don’t own any Workday stock, don’t have any economic relationship with them, and paid my own way to the last meeting I had with them. I’m enthusiastic about them, but because I can really see the point of in-memory, object-oriented cloud computing and I like the way they applied the technology to the problem.

So what’s the value of a better mousetrap?

When I think about any of these companies, I start by trying to figure out what kind of value they could deliver. Back in the dot-bomb days, this was a really good way of separating out the wheat from the chaff, because many of the vendors didn’t deliver any value at all and wouldn’t unless they changed what they were doing radically. CommerceOne, I remember, was my paradigm for this. Their software didn’t do anything and wouldn’t do anything, so there was very little value.

I then figure that the value of the company is some function of the value they deliver multiplied by the time that they can deliver it for. This last part is important. One worry I have about Groupon, for instance, is that it might turn out to be a fad. People will get tired of getting coupons (unlikely, I admit), or merchants will get tired of giving stuff away, and after a while they’ll fade to black. With Google, by contrast, I don’t have that worry. It will deliver value for a very long time to come, unless people stop using the web.

So where does Workday stack up on this measure? Obviously, it’s not bad. If it really is a better mousetrap and it gets into more of the large companies in the world, there’ll clearly be a lot of value delivered. And given how long companies use these products (20 years is pretty normal), the total value delivered over time is significant. As much as coupons? Sure. Maybe more.

But, then why haven’t they already zoomed up into the stratosphere, like Facebook or Twitter? The answer, I think, points up a really important difference between the public cloud applications and the ones, like Workday, which are meant for organizations. The public consumer applications are things that an individual picks up and uses. But enterprise applications are really a piece of infrastructure, like buildings or electrical systems, which don’t deliver much value until they work for a lot of people.

When you build products for individuals, you can bootstrap. But when you build infrastucture, revenue doesn’t come in right away. There’s always a large up-front investment, partly in physical plant, partly in getting the infrastructure to the user. True of electrical systems or telephone systems. True of roads or harbors. True of enterprise software systems.

So Workday today isn’t zooming because it’s still building out. In a way, it’s a little bit like Hoover Dam, say 75 years ago, when the dam was done and the pipeline was being built. A monster amount of money had already been spent on the dam, and during that time, there was no revenue at all. Then, while the pipeline was being built, some revenue came trickling in (hee, hee). The people in El Centro or Thermal or Brawley were getting good, fresh water, and they were paying for it. But it didn’t add up to a lot. No offense meant to Flextronics, but this is the situation that Workday is in now, with that $100 million that some people find so sneer-worthy, if $100 million it is.

So why are they sneering? Well, sure, if the pipe stopped in Brawley, it wouldn’t be so great. But you have to ask, why does anyone think the pipe’s stopping there. Presumably, the pipe will go farther, hit a city or two, and then the investment looks a lot better.

Sure, there is some doubt, as long as the value isn’t actually being delivered. An earthquake might break the pipe or the dam. The water might be no good. Somebody might invent a fresh-water-from-salt process that works really well. At Workday, people might not like the product as much as I do. It might be difficult or expensive for companies to dump their old systems. New competition might crop up.

But that’s not the point. The question is, how do you value Hoover Dam when the pipe has only gotten to Brawley? Well, you don’t start out by sneering at the revenue they’re getting so far.

So, two points to remember, if you’re afraid of boom valuations.

1) The real value is a function of the total value delivered over the life of the product.

So, under these criteria, how does Workday look? Well, it’s pretty good. Take a look at the value that Flextronics is planning to get. Assume that other large, global companies will also want that value. And assume that once it’s in place, the product can go on for the 20 years that PeopleSoft seems to be lasting inside companies. As good as Groupon, ya think? I think.

Which brings me to the second reason I don’t believe that story. $2 billion sounds like a number that a value investor made up because he’s trying to show how ridiculous valuations have gotten. But when you look at what’s actually going on there, $2 billion seems off. It appears to me that it’s rather too low.