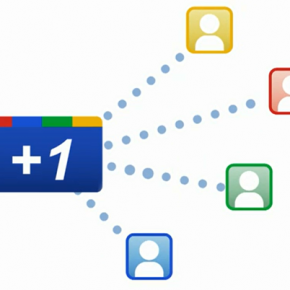 Okay so it’s not as mass market as the Like button is, but Google’s attempt to embrace social interactions is a better start than people are giving them credit for.

I agree with Louis, this is a hint at a future rather than a capability they are ready to lead with today.

Google can use this to amass very quickly a significant amount of affiliation data which then can be used to prime the pump for their own developers as well as third parties who have aspirations for how to use it. Google seems to have learned from past failures, instead of throwing the long ball they are embracing accepted conventions and creating conditions that support future development.

I could jump on the bandwagon critique their effort as thinking small, very me-too, and destined for failure in the absence of a compelling social strategy… but I’m going to give them a little latitude and watch what comes of the +1 data they will accumulate.

Lastly, the branding of +1 is both smart and stupid at the same time, smart because it’s catchy and already has achieved verb status in certain circles, but it’s stupid because it’s very geeky which makes it less approachable for the mass market. This is the one aspect of their launch I really don’t like, I would expect a company like Google to be able to come up with something a lot better than this.