As I’ve dug further and further into marketing materials published by various vendors and analysts extolling the benefits of E-invoicing for suppliers, I’ve become less and less convinced that the benefits for buyers and suppliers are equal. Now, don’t get me wrong. E-Invoicing, electronic invoice presentment payment (EIPP) or invoice automation — or whatever you want to call it — certainly doesn’t represent a zero-sum game. But I’ve come to believe that the benefits are disproportionately weighted to buyers over suppliers, and increasingly, suppliers are paying for the benefit of E-Invoicing when, as a small or medium-sized business, it costs nothing to submit a PDF email invoice from an accounting package like Quickbooks or Microsoft Dynamics (or even Excel). Moreover, I’d argue that nearly all vendors pimping E-Invoicing ware to suppliers overstate the likely benefits. On a virtual housekeeping note, it’s important to note here that my rant is focused specifically on E-Invoicing itself rather than the value-added capabilities of certain connectivity networks like the Ariba Supplier Network that also claim to offer suppliers the opportunity to win new business, early-pay discounting or other benefits. 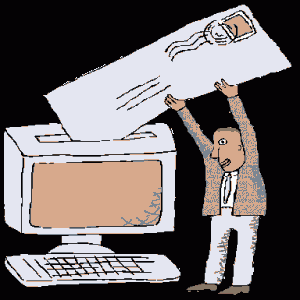 Let’s get back to the subject at hand. Here are the claims that providers of E-Invoicing suppliers often make to suppliers (and that buyers repeat as a means to get suppliers onboarded into their systems):

I’m not sold in the least that by simply engaging in E-Invoicing initiatives (based on personal experience as well as discussions with various suppliers), that suppliers will be paid earlier. The capability for buyers to pay earlier than agreed upon terms may, in certain cases, have something to do with a lack of visibility into their payment obligations prior to E-Invoicing. But in many cases, simply having visibility to pay earlier or at agreed upon terms and a willingness to do so are not the same thing. Ideally, there is no question that transparency into invoice status, approval, etc. should enable better A/P and procurement behavior. But how often it does is more dependent on company culture, values and organization than simply putting in a system that reduces the amount of paper collection and manual data entry. Moreover, I still contend, suppliers that pester buyers are more likely to be paid at or near term than those who aren’t as aggressive — “e” or otherwise.

Next, let’s examine the claim that transparency allows suppliers (and buyers) to take advantage of new business models, such as bank- or third-party funded early payment discount programs. Without question, it’s impossible to take advantage of early payment options if buying organizations lack the visibility to make the decision to do so. Yet I would argue that based on our own research, less than 10% of companies participating in E-invoicing programs routinely participate in early payment discount programs. And even fewer (low single digits) fund or manage such programs through an intermediary (e.g., The Receivables Exchange) or a bank. In other words, just because as a supplier, you participate in an E-Invoicing program, does not mean you’ll be able to take a haircut — probably higher than you think, mind you, if you by chance do end up pulling the trigger — on your receivables to get paid in days rather than months (or even quarters).

The next claim providers often make is that productivity gains from E-Invoicing are material for suppliers. No doubt, moving away from paper is material, but for an SMB supplier, like us, we find it just as efficient to email a document without paying a fee as participating in an invoice automation program requiring a dedicated portal or other submission format. And for larger suppliers who are already set up for electronic transmission of invoicing via EDI or another means, the notion of efficiency gains, especially factoring in the need to be compliant across so many different E-Invoicing standards and methods (e.g., Ariba, Hubwoo, Basware, Oracle, Elemica, SciQuest, Elemica, OB10, Transcepta, Perfect, Rearden, Quadrem — not yet integrated with Ariba) plus hundreds of others, is questionable at best, especially when error remediation and visibility means existed previously.

Stay tuned as this rant continues on Friday. In the meantime, please direct your virtual rotten tomatoes to the comments button …

One response to “Rant: E-Invoicing Claims vs. Supplier Reality (Part 1)”