Many organizations study IT failure rates, usually asking respondents to rate projects in which they have participated. Until now, however, I have not seen research that probes enterprise expectations around the likelihood of running successful projects.

Software consulting firm, Geneca, recently published a report, called “Doomed from the Start?” (PDF download), that offers several startling conclusions related to IT failure. Most significantly, the report describes a highly negative situation in which most respondents expect their project to fail before it even starts! 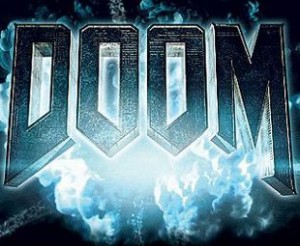 To gather the data, Geneca “surveyed approximately 600 U.S. business and IT executives and practitioners.” The report describes the methodology and respondent profile:

The survey data was obtained through an online quantitative survey conducted in Q4 2010. The survey consisted of 25 closed ended questions and was completed by 596 individuals closely involved in the software development process.

An independent market research analyst directed the studyâs reporting. Sources for the survey participants include a CIO networking group, a project management professional association, Hoovers/D&B, and attendees to a 2010 CIO trade conference.

More of the survey participants were characterized as IT executives and practitioners than as representing Business (n=476 vs. 119). Participants represented a range of industries, with the highest concentration in manufacturing and industrial goods (30%). Over half are in organizations with 100-999 employees (52%), but 38% are in organizations with 1,000+ employees. In addition, the sample is split between companies with between $50 million and $1 billion in annual revenue, with the majority being between $100 and $999 million.

The report methodology appears sound, the population makes sense, and the questions seem reasonable. As part of my due diligence examining this study, I spoke with three executives from Geneca. Based on these factors, I accept the study as meaningful and useful.

Seventy-five percent of respondents believe that their projects are either always or usually âdoomed right from the start.â As the following illustration (table 10 in the report) shows, 41 percent of the business people surveyed have this view of IT projects:

Eighty percent of respondents spend at least half their time on avoidable project rework. As shown below (table 21 in the report), much of this effort is wasted on preventable activities:

Seventy-eight percent of respondents think the business team âalwaysâ or âusuallyâ lacks alignment on project objectives. This illustration (table 17 in the report) shows the data:

Only 23 percent of participants believe that lines of business and IT always agree on when a project is truly completed. This illustration (from table 18 in the report) shows the data:

Although the report covers quite a few important issues, these highlights should be interesting to readers of this blog.

While most statistics quantify how many projects succeed or fail, this study describes expectations of success. In a world where perceptions and expectations can lead to self-fulfilling results, the study presents disturbing conclusions.

Although some of the questions and answers are not precise, the results show clear patterns. For example in table 18, shown above, the term “agree” is subject to interpretation; in addition, the response “usually” is relatively vague. Still, one can infer that only somewhat more than half the projects in which respondents participated started with a clear definition of success.

In other words, almost 50 percent of projects do not have defined end criteria. Based on this data alone, it’s no surprise that many projects fail.

This study supports the view that IT failure is a critical problem for many organizations. Aside from negative perceptions, the reality of failure creates substantial financial impacts. Unexpected rework, delays, and cost overruns are among the many tangible effects of failed IT projects.

While it is tempting and easy to discuss project success rather than analyze failure, the problem of failure remains a highly significant challenge facing CIOs and IT organizations. In addition, even in large organizations, IT failures can have substantial negative impacts on core business financial performance. For a few examples among many, click these links:

CIO perspective. IT failures continue to threaten budgets and business outcomes for many organizations. To address this important issue, CIOs should engage their CFO counterparts. IT failures will continue unabated until CIOs (representing IT) and CFOs (representing lines of business) work together to bridge culture gaps and information silos between business and IT.

IT failures represent dysfunctional relationships, especially in regard to communication, collaboration, and knowledge sharing across boundaries in the organization. Solving the problem is easier said than done, but it’s time for CIOs and CFOs should accept accountability for this problem and work together to drive positive change.