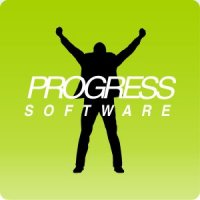 Rick Reidy, Progress CEO, opened their one-day analyst event in New York by talking about operational responsiveness: how your enterprise needs to be able to respond to events that happen that are outside your control. You can’t control crises, but you can control your organization’s response to those crises. Supporting operational responsiveness are four technology trends – cloud, mobile, social media and collaboration – with the key being to extend the use of technology to the business user. If you remember Progress’ roots in 4GL development, this isn’t exactly a new idea to them; 4GLs were supposed to be for business users, although it didn’t really work out that way. Today’s tools have a better chance at achieving that goal.

Today, they’re announcing the upcoming releases of Responsive Process Management Suite 2.0 and Control Tower 2.0, plus their cloud platform, Arcade. Interestingly, much like IBM’s Lombardi acquisition turned BPM into the biggest story at this year’s Impact conference, Progress’ Savvion acquisition is having the same effect here: RPM is the top-line story, albeit supported by event processing. It’s not that the entire product suite is the former Savvion BPMS, but rather than BPM is providing the face for the product.

Reidy turned the stage over to “the two Johns” (his words, not mine): Dr. John Bates, CTO, and John Goodson, Chief Product Officer. Bates dug further into the ideas of operational responsiveness, and how the combination of analytics, event sense and respond, and process management help to achieve that. As he put it, BPM alone won’t achieve the responsive business; businesses are event-driven. They’re really trying to define a new “responsive process management” (RPM) market, at the overlap between BPM, business event processing, business transaction management, and business intelligence and analytics. Cue Venn diagram, with RPM at the intersection, then fade to another Venn diagram between custom applications and packaged applications, again with RPM at the intersection. Their estimates put the current market at $2.5B, with a rise to $6.5B by 2014.

Bates talked about the value of BPM, and how that’s often not enough because businesses are very event-driven: events flow in and out of your business every day – from applications, devices and external feeds – and how you respond to them can define your competitive advantage. Patterns in the relationships between events can identify threats and opportunities, and are especially important when those events are traditionally held in separate silos that typically don’t interact. He gave a great example around the FAA fines for airlines who hold passengers captive on planes on the ground for more than 3 hours: by looking at the events related to crew, maintenance, weather and flight operations, it’s possible to anticipate and avoid those situations, and therefore the fines (and bad press) that go along with them. You don’t need to rework existing legacy systems in order to have this sort of operational responsiveness: automated agents trap the events generated by existing systems, which can then be analyzed and correlated, and processes kicked off in a BPMS to respond to specific patterns.

Progress presents all this through their Control Tower, which brings together a business view of analytics and visualization, event sense and respond, and process management. I’m sure that I’ve written about this previously and would love to link to it, but the wifi in here is so crap that I can’t get a solid connection, so can’t look up what I’ve written previously on my own blog. #fail

Goodson took over to discuss the product in more detail, showing how Savvion, Actional, Apama and other components make up their RPM suite and the event management layer below that. Control Tower is new product (or was new in 1.0, last year) that overlays all of this, and puts a consistent business-facing interface on all of this, and providing collaborative process design and other social media features. We saw a pre-recorded demo of Control Tower, showing how a dashboard can be created quickly by dragging analytics widgets onto the canvas. The key thing is that the widgets are pre-wired to specific analytics and processes, allowing drill-downs into the details and even into the process models. Process changes and simulations can be done interactively.

As the wifi flickers to life occasionally, it’s interesting to see the Twitter stream for the event (obviously being updated by people with their own connectivity solutions): Anne Thomas Manes says “Claims to be unique in the ‘responsiveness’ market, but the marketing story sounds very much like Tibco’s story”. Mike Gualtieri thinks that “Control Tower…looks good, but it would be cool to hold up an iPad and pass it into the audience”. Personally, I’m pretty much over the iPad gee-whiz demo phase.

We came back after the morning break to a continuation of the John and John show, with Bates initially responding to some of the tweets that had happened during the earlier session, then discussing their solution accelerators that include business processes, rules, analytics, alerts, interceptors and adapters. They have created accelerators for several verticals including capital markets front office, and communications and media order management, in part because of their history with those verticals and in part because of the suitability of RPM to those applications. Savvion had been going down this road long before the acquisition, and this makes a lot of sense for Progress in terms of competitive differentiation: a combination of industry-specific foundation services and adapters that are mostly productized (hence supported and maintained like product), and customizable solution accelerators that rest on top of that foundation. This makes them far more useful than the type of templates that are offered by other vendors, which are not upgradable after they’re customized; although not confirmed from the stage, my assumption is that the customization (and hence forking from the Progress-maintained code base) all happens in a thin layer at the top, not in the bulk of the foundation services.

They’re currently shipping six different accelerators, and are adding several more this year. These range across industry verticals including banking, capital markets, communications and media, insurance, supply chain, and travel and leisure. They’ve worked with partners and customers to develop these, as well as creating some internal industry experience. We saw a couple of canned demos, although it’s impossible to tell from this just how much effort is required to fit this to any particular company’s business. As part of the demos, there were some bits where a business user updated the event handling and created a new rule; I don’t think that this will be done by business users, although certainly a trained business analyst could handle it.

The solution accelerators form a big part of their go-to-market strategy, and see these as taking share away from packaged applications. They see solution accelerators as a differentiator for Progress, as well as their focus on responsive process management. They haven’t forgotten their OpenEdge agile development environment however: they’re announcing OpenEdge BPM to bring that development platform to BPM applications. I don’t know enough about OpenEdge to understand the implications here, but will be interesting to see what synergies are possible as they bring together the entire Progress product suite.

To finish the industry and product section of the day, we heard about their cloud strategy, focused on applications in the cloud (rather than just infrastructure or a platform): creating vertical ecosystems for their various industry foci, incorporating both Progress solutions and partners to create composite solutions based on RPM, with Control Tower for end-to-end visibility and improvement. Progress Arcade is their cloud application platform for allowing these vertical ecosystems to be easily created and deployed across a variety of public and private cloud environments. It reminds me a bit of TIBCO’s Silver BPM environment, where you can do all the provisioning and setup right from their environment rather than having to hop around between different configuration tools. They stated that this is targeted at small and medium businesses who want to be able to leverage technology to be competitive: this is definitely an echo of a conversation that I had about BPM in the cloud with Neil Ward-Dutton earlier this morning, where I stated that most of the growth would be in SMB since this is the only way that most of them can afford to consider this technology.